You are at:Home»Current in Westfield»Westfield Cover Stories»Behind a screen: Facebook group aims to provide transparency, some uncertain if posts are factual

Beyer ran for town council in 2007 and city council in 2012, and during his campaigns he noted what he calls “ugliness” in the political world.

“It (Westfield Chatter) opens up transparency because sometimes you get information that you wouldn’t otherwise get from the city because from my experience, it’s a lot of closed doors happening in the city itself,” Beyer said. “When I ran for office, I saw a bunch of stuff I didn’t like.”

However, comments and discussion on Westfield Chatter isn’t always civil or constructive, and Beyer said he tries to monitor the site as best he can and remove anything negative.

“I read through stuff, and I make a decision on the comments that are made,” he said. “I don’t put anything political on there. People try to plug their candidate on there, but I don’t post it.”

Later, Beyer clarified that he places local politics on the site, but not national political posts.

Beyer said a lot of the news the city posts isn’t always completely factual and only tells one side of the story.

“I really don’t want any verbal fighting on there,” he said. “I just want information out there on both sides.”

Vicki Duncan Gardener, communications director for the City of Westfield, said the city doesn’t engage in any Facebook groups or pages it doesn’t own.

“I see a huge upside to social media because it is a quick means of relaying information and can help create a healthy dialogue and comradery within a community. Conversely, it can also be a breeding ground for misinformation and hostility,” she said. “Regardless of the pros and cons, social media is our reality and we, at the City of Westfield, try to be responsive, kind and always truthful.  We respond to comments on the channels we manage. We do not on engage on channels others own. It is my hope that when there are questions or disagreements about projects or policies, people will reach out to us directly, pick up the phone or stop by to talk in a constructive way.”

Beyer said he gets his information from “reliable sources.” He cited fellow Westfield residents Brian Morales and Ron Thomas as sources he trusts.

Westfield resident Curt Whitesell said Facebook groups can be an excellent avenue for citizens to discuss issues, but he said he believes Westfield Chatter is self-serving and hurtful. Whitesell said a certain responsibility comes with posting information on social media, such as being truthful.

“I think (Facebook groups are) a great, clean forum of information if they’re used right,” he said. “It’s a great place, almost a database of information, and it’s tagged with a conversation, and the community should have an open conversation about what’s going on.”

Whitesell, however, said he noticed some Chatter users getting blocked for disagreeing with certain posts.

“Why should someone get blocked for disagreeing as opposed to someone not getting blocked for giving blatantly bad information? If someone’s lying, there’s no way they should get to post,” he said. “I would rather someone argue with me and disagree with me 100 percent than someone just to lie, and that’s what’s happening on the Chatter, to which it disqualifies them.”

Whitesell was an early proponent of social media and calls it a “killer platform” for sharing information. He manages several Facebook groups regarding Westfield development.

“Just because you put it on social media doesn’t mean it’s not assumed right or wrong,” he said. “If you don’t defend the right, I think you’re just as wrong as the person who posted the lie.”

Although Beyer said he does his best to remove foul language and insults if he sees it, the Westfield Chatter group is inundated with information, and several posts have comments from users bickering back and forth, sometimes trading insults. Beyer said he can’t always monitor the page and usually learns of rude comments when someone points them out. He then gives a warning to the user. If it happens again, he said he removes them from the group.

“After I created (Westfield Chatter), (someone) created the Westfield Chatter Community because a couple people I removed out of the original group got upset with me, so they created their own chatter,” Beyer said. “I removed them because they accused us of being one-sided. They were upset some people were attacking the city, and this kept on going more and more.” 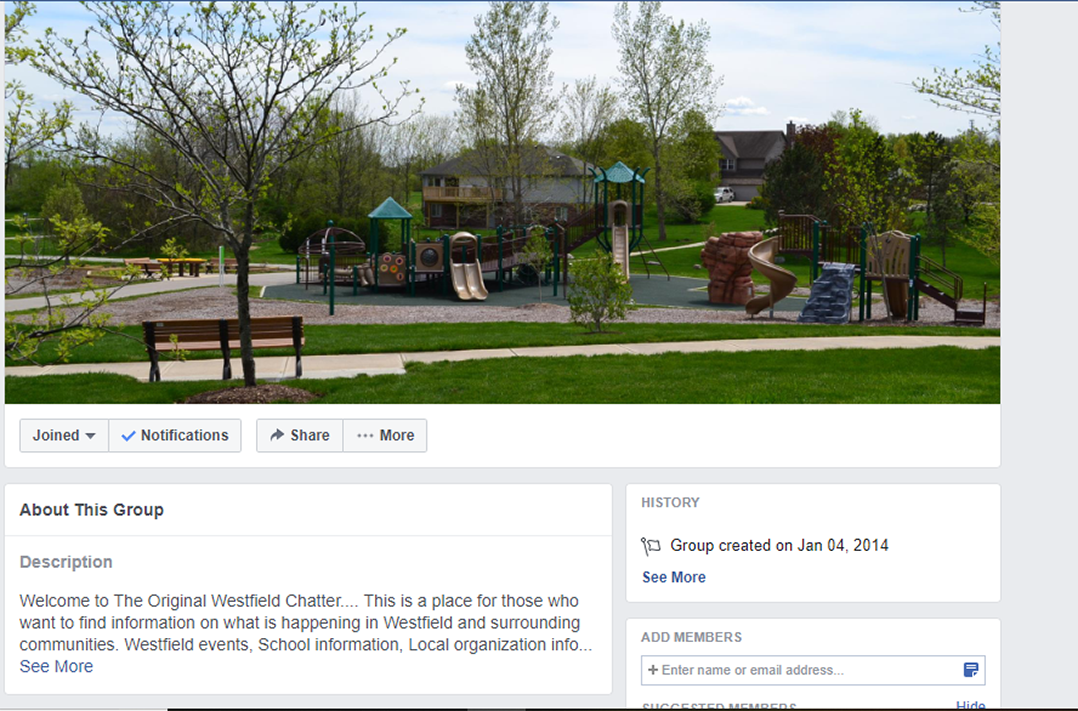 A screenshot of the Westfield Chatter group, which users must request to join and be accepted before they can view its content. 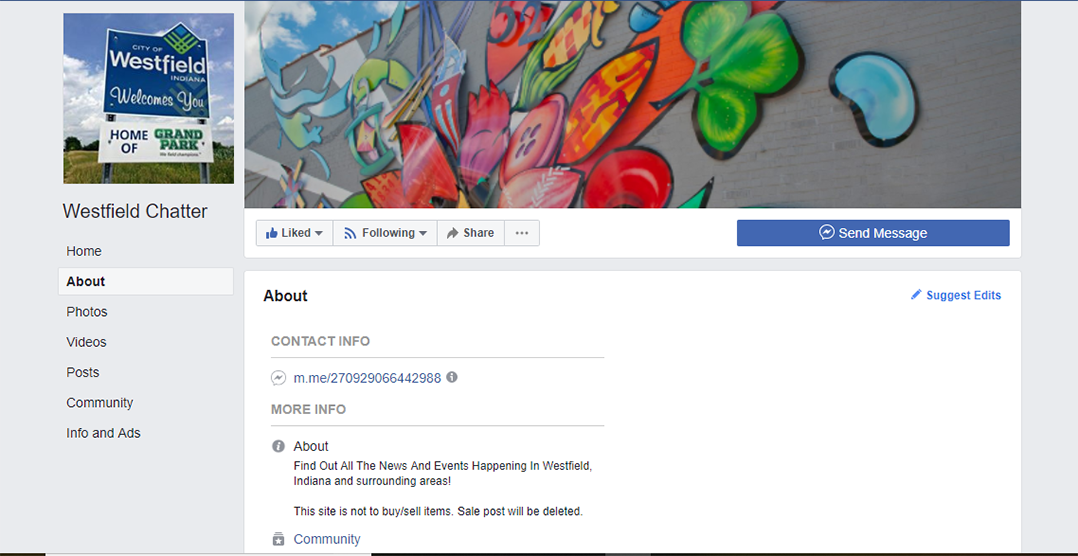 A screenshot of the Westfield Chatter Community page, which users only need to “like” before they can view its content.

Since Westfield Chatter is a Facebook group and not a page, the site is private. Users, who must complete a survey to verify they are from Westfield, request to be added. Beyer then approves or disapproves the request.

A Facebook page is different than a group in that a user can just “like” the page and then view its content. Westfield Chatter Community is a page, so users only need to “like” it before they can see the posts.