You are at:Home»Current in Carmel»Carmel Community»‘Unethical practices’ inspires Democrat Anderson to run for Hamilton County coroner 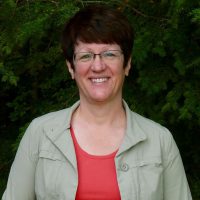 After working for the Hamilton County Parks Dept. as a historical interpreter for more than five years, she left and launched her first political campaign. Her decision was due, in part, to what she called “unethical practices” that she encountered while working for the parks department.

“When the parks department acquired new property in Strawtown, they said they didn’t realize that there was archaeology on the property, but it had long been known that it was an archaeological site, that it contained human remains and ancient burials,” Anderson said. “There were locals that knew there were burials there. There are rules in place that I don’t believe were followed. The remains were not being properly reported to the (Native American) tribes or the federal agencies.”

Anderson said her background in archaeology and her knowledge of different cultures would be her biggest assets as coroner.

“In Hamilton County, our population is becoming much more diverse. We have to begin to realize that there are more people here that are not necessarily Christian or English speakers,” she said. “We’re becoming more diverse in every way. There needs to be more accommodating practices, allowing people more time with the bodies of loved ones, allowing people to do whatever they need to do with their cultural traditions. I feel that right now, it’s very clinical, and I think we have room in the system to allow for tradition and allow people to have the last moments with their loved ones not be overshadowed by bureaucracy.”