You are at:Home»Current in Carmel»Carmel Community»County clerk candidate Sutton aims to give Democrats stronger voice in local government

Cathy Sutton has a host of reasons for running for Hamilton County Clerk, not the least of which is to give Democrats a stronger voice in local government. 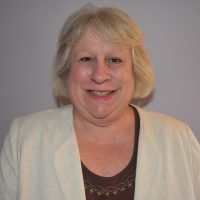 But above all, the Noblesville resident wants to draw attention to what she regards as unacceptable salary disparities between elected office-holders and non-elected public employees, such as teachers, police officers and firefighters.

Acknowledging that the county clerk doesn’t have the authority to alter salary structures, Sutton said she would lead on that front by example while enacting her vision for the office.

“As clerk, I realize I would not have the power to make such sweeping changes, but I can pledge to find a way to return a third of my salary to our teachers through donations and grants,” Sutton said. “If elected, my first priority would be to look into salaries. The current clerk (Tammy Baetz, who is not seeking re-election) was paid $113,000 in 2017, twice as much as the average teacher in Hamilton County.”

Sutton, 60, the mother of two adult children, has worked at Zionsville West Middle School for seven years. Prior to that, she worked at New Palestine High School for 23 years before being laid off in 2010 because of budget cuts in education.

Besides advocating for better pay for non-elected public servants, Sutton, if elected, plans to revamp the county clerk’s office’s overall efficiency, beginning with what she regards as an antiquated website. The county clerk, among other tasks, is responsible for filing important records and documents, including birth, death and marriage certificates.

“I would bring a fresh perspective to the clerk’s office and how it carries out its mandate,” Sutton said. “I have considerable experience with web page design and Web 2.0 technologies that I can draw upon to make our website more user-friendly. Plus, as an educator and a librarian, I also have decades of experience in identifying and fulling my users’ information needs.”

Sutton is running against Republican State Rep. Kathy Richardson, who is not seeking re-election to the General Assembly. Her term expires next month. The election is Nov. 6.