You are at:Home»Current in Carmel»Carmel Community»Eltz aims to end ‘one-party rule’ on Hamilton County Council

Jeremy Eltz has a vision for Hamilton County and a desire to end what he calls “one-party rule” in local government.

That’s why he is running for the District 1 seat on the Hamilton County Council. A Carmel resident, Eltz is challenging Republican incumbent Fred Glynn, who was first elected in 2014. 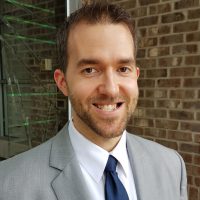 Currently, the seven-member council is comprised only of Republicans. Eltz, 34, hopes to change that through the Nov. 6 election.

“I would bring actual checks and balances, which is lacking under one-party rule, and representation that isn’t currently on the council,” said Eltz, who has never before run for office. “A sizable and growing portion of Hamilton County is Democratic, and that is not reflected in the council members.

“Not only that, the council is generationally out of touch with a segment of the county.”

“The council needs youth and leadership, and that’s what I bring,” Eltz said. “I want to bring attention to the ballooning salaries of our ‘fiscally responsible’ council people. Hamilton County is the second-highest paid council in the state, second to Lake County. I could immediately save Hamilton County $100,000 per year if we just reigned in our council salaries to the state average. Imagine what that money could be directed toward.”

Eltz and his wife, Missy, have two daughters, Macy, 6, and Mallory, 18 months. Eltz coaches Macy’s sports teams and is active in the Carmel Dads’ Club. An education advocate, he serves on the EmployIndyYouth Committee, whose mission is to help create job opportunities for youth and help students stay in school.

“My passion and career is revolutionizing education,” Eltz said. “I believe all students should receive a high-quality education, no matter where they live. It is only through education that any of us have a chance to succeed in life.”