There’s more to the musical “Mary Poppins” than a magical nanny. 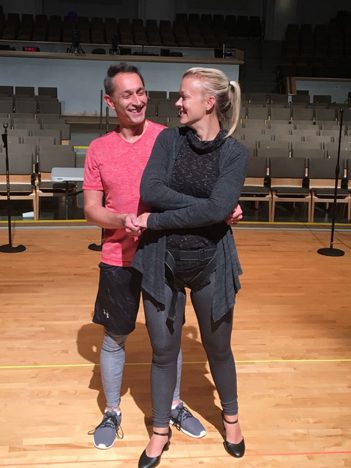 “If you look at the story of ‘Mary Poppins,’ there’s a lot of talk about the displacement in those relationships and needing a little bit of extra help,” Polster said. “If we look past the magic and spectacle that ‘Mary Poppins’ can be, there’s some really true and gritty relational needs and harmony that flow through the show.”

The story follows two children, Jane and Michael Banks, and their parents, whose focus is elsewhere. When nanny Mary Poppins arrives, she attempts to bring the family together and heal their relationship.

That aspect of the story is a reason Grace Church partnered with Wheeler Mission. A portion of proceeds will benefit the mission’s new Women and Children’s Building. Wheeler Mission, which serves the homeless in Indianapolis, is celebrating 125 years of continuous operation.

“We see it as a God thing,” Polster said of the partnership.

The ministries hope to raise $10,000 for Wheeler Mission. Each year, Grace Church hosts a performance, alternating between a play and a musical. Past performances have raised up to $8,000.

Audience members can meet the cast and enjoy refreshments at a special Spoonful of Sugar tea after the Saturday morning performances. Tickets are $12 for the performance and an additional $5 for the tea.

More than 4,000 tickets have already been sold for the nine performances. Reserved seats and tickets for the tea may be purchased at gracechurch.us/theatre.