You are at:Home»Current in Fishers»Fishers Cover Stories»More than menus: The Yard at Fishers District to offer retail, residential in addition to restaurants

It’s no secret fine dining will be a centerpiece attraction of The Yard at Fishers District, but high-quality restaurants aren’t the only upscale pieces coming to the new development.

“Originally, it was just mostly restaurants, but as it developed, (the developers) found you can’t just have a mixed-use development that only has food,” said Chelsea Hudelson, retail marketing coordinator for Thompson Thrift Retail Group, which is developing the project.

“Even for the residents at The Mark, it served everyone much better if more things were involved,” Hudelson said. “There’s more to it than just restaurants, and we do want everyone to realize that and see it.”

The Mark is a multi-family apartment building under construction within The Yard at Fishers District development. The first floor will feature retail shops. Residents will live above in the 260 units, which include studios and one-, two- and three-bedroom apartments. A pet-washing station, state-of-the-art fitness center, pool, aquatic center, spa and bike racks are among the amenities. Pre-leasing will begin in the second half of 2019, but a price range has not been determined.

Jessica Landez will lease retail space at The Yard at Fishers District. She is the owner of BluePeppermint Boutique, which operates out of a multi-story house at 8936 South St.

“I jumped on The Yard because I do think it’s going to be a great space,” Landez said.

Landez cites an anticipated increase in pedestrian density for moving her business.

“We’ve always known if we ever left this location, we would really try to find a place that had a lot more foot traffic,” she said. “The only foot traffic (here) would be people walking over from the Hampton hotel, but that’s it. So, with the Fishers District, really as time has gone on, it’s become more desirable for us since they’ve added the really high-end apartments. With people living there, we think it’s going to be a really good location.”

The new one-story BluePeppermint Boutique will be approximately the same size as its current two-story building. Landez said she will try to incorporate the boutique’s charm into the new layout.

“Honestly, we will try really hard to emulate a warm welcoming feeling,” she said. “We get that now just because we are in a house, but we will try to create that environment in the new space also.”

Landez plans to move the business next summer. Several other businesses have followed her lead and also signed leases at The Yard at Fishers District.

“I only was aware of the food options, and I know since we’ve signed on there’s been massage, lashes and there’s quite a few other types of businesses going in,” she said. “I don’t think any other boutiques, but I would not be opposed to that. I don’t know if that would be a bad thing. It might spark interest for other boutiques when word comes out we are going in.” 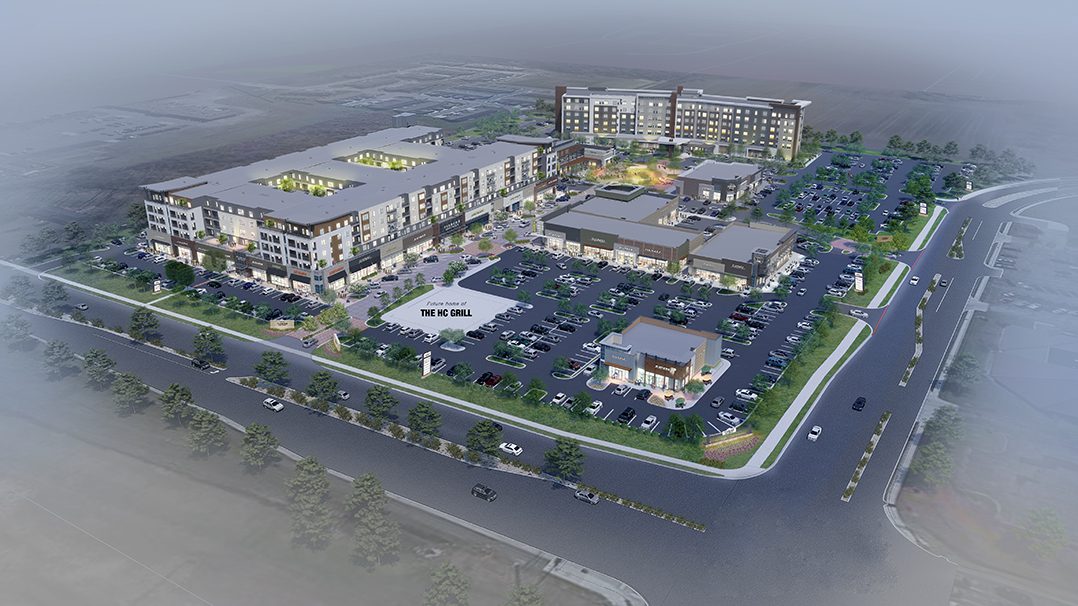 The Yard at Fishers District will include multi-family residential, retail and restaurants. (Submitted rendering)