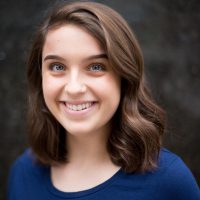 She figures serving off-stage as a student director for the short play “The Philadelphia” will provide great experience.

“I really love the opportunity to expand my knowledge to put on a production by getting this new perspective,” Crawford said.

Her play is one of four student-directed, one-act plays. The Studio One-Acts will be performed in the school’s Studio Theater at 7 p.m. Oct. 4, 5 and 6.

“It’s the story of two guys going out to eat in New York City and one of them finds out every time he asks for something he gets the opposite of what he asks for,” Crawford said. “So, the entire premise of the show is him trying ordering a meal and enduring all the chaos that ensues because of the phenomenon.”

Crawford previously was the assistant director on “Peter and the Starcatcher,” the school’s play in February.

“I knew it would be a huge responsibility going in, but fulfilling those responsibilities is challenging and rewarding,” Crawford said. “It’s a lot of moving pieces, promoting the show, coordinating the technical elements, actors, technicians and rehearsal schedules. There are so many elements that go into this that I didn’t realize I have to be in charge of, but it’s been really fun.” 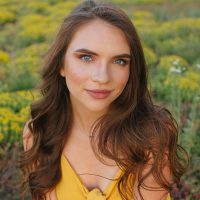 Brianna Ferraccioio is another of the senior directors.

“They are all comedic stories that are guaranteed to make the audience laugh and smile in their brief hilarity,” Ferraccioio said. “The one act that I am directing is called ‘Mary Just Broke Up with This Guy,’ and it’s about a woman named Mary who goes on a series of hilarious and strange blind dates.”

“It’s been an incredible experience so far,” Ferraccioio said of directing. “My friends and I have gotten to learn so much about the process of putting on a show, and we are really having an incredible time. It’s also really rewarding, seeing something we’ve dedicated lots of time to come into fruition.”

The other student directors are Jenna MacNulty, “Master of Puppets,” and Austin Roberts, “The Matterhorn.”