For Melissa Etheridge, her album “Yes I Am” proved, yes, she could be a major success story.

“It’s the one that really cemented it,” Etheridge said. “The first three albums were all critically (successful) and playing on rock and roll stations, but once this album took ahold, it definitely changed my life.”

Etheridge will be touring as part of the 25th anniversary of her breakthrough fourth album. She will play the entire album as part of her set at 7:30 p.m. Sept. 25 at the Palladium in Carmel. 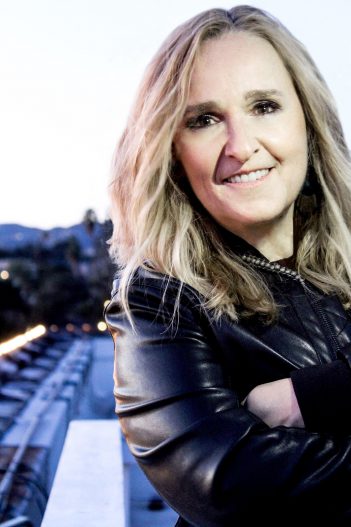 Melissa Etheridge will perform at 7:30 p.m. Sept. 25 at the Palladium. (Submitted photo)

“I’ll do about three songs from other albums, like I’ll do ‘I Want To Come Over,’” she said. “To play the whole album, it doesn’t even take an hour. I’ll start with the second song and do the songs in order because ‘I’m the Only One’ is the first song and that’s kind of a big song to do early in the evening.”

Her decision to do a 25-year tribute to the album, which included the Grammy-winning “Come To My Window,” was easy because of its popularity.

“So many of my requests come from that album, it’s just taking people down that trip down memory lane,” Etheridge said. “I know it’s one people listened to. I still appreciate when we took the time to listen to a whole album.”

This is Etheridge’s third visit to the Palladium. She previously appeared in 2012 and 2016.

“I have a new album coming out in January,” she said. “Next year we might be doing a European tour, which we haven’t done in a few years. The thing that has kept me going all these years is playing live. You know it’s going to be a different experience every time. You know my goal is to take you somewhere you haven’t been and celebrate music together.”

Etheridge said she is always growing as a musician.

“If you saw me three or four years ago, I’m better than when you saw me then,” she said. “It’s exciting for me to do something and get better at it every time I do it.”