The Carmel Clay Schools Employee Wellness Center is in superb health, according to at least two consultants who analyzed its effectiveness.

The center, operated through a partnership with St. Vincent, opened in 2013 after several years of rising costs forced CCS officials to rethink the structure of its health insurance program. Initially the center focused on physical health, but over the years its scope expanded to include fitness classes, mental health and social wellbeing. Next year, officials hope to add a financial program.

The center is available at no cost to CCS employees enrolled in the district’s insurance program and their families. CCS Associate Supt. for Business Affairs Roger McMichael said the center is available to 2,200 people and that more than half of them have visited it, a number he’d like to see increase. 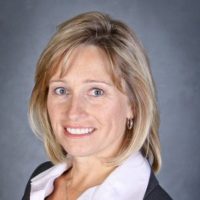 “I’ve been in education for a long time, and this is one of the most exciting initiatives I’ve been a part of,” he said.

Mary Delaney, president of health care advising company Vital Incite, told the CCS school board at a Sept. 11 workshop that the center ranked near the top in nearly every category.

“This is the best results we have seen in the country,” she said. “I get chills when I present this.”

CCS performed better than the benchmark in nearly every category, with 93 percent of clinic visitors who fell into Vital Incite’s moderate risk category maintaining or improving their wellness level. Other highlights among people using the clinic include no one who qualified as pre-diabetic in 2017 becoming diabetic in 2018 and 11 percent of those with a body mass qualifying them as obese in 2017 dropping to a healthier category in 2018.

The wellness center, which is open weekdays at 515 E. Main St., also received praise for its financial health. Richard Sutton, a benefits advisor and vice president at RE Sutton & Associates, said it’s “remarkable” that the district went six years without insurance rates increasing or benefits decreasing. However, the rate is expected to increase 5 percent in 2019 and another 5 percent in 2020.

With such a successful program, McMichael said the district has a responsibility to share its strategies and best practices with other agencies in Carmel and beyond. He’s planning to speak about the wellness center at the Employee Health, Benefits & Well-Being Congress next month in Tempe, Ariz.

He said he’s also open to sharing the CCS clinic with other governmental agencies. One big hurdle, however, is that many of them already have partnerships with other health care providers and may be hesitant to cut ties.

“There are examples of different governmental units getting together and doing something like this,” McMichael said. “I think that’s at least worth some conversation.”