You are at:Home»Current in Fishers»Fishers Community»Former Marion County Deputy Prosecutor Julie Chambers to run for HSE school board

Fishers resident Julie Chambers has announced she is running for the District 4 seat on the Hamilton Southeastern School Board.

Chambers served as a deputy prosecutor of Marion County for five years. She said she started thinking about running in fall 2017 based on decisions being made by the school board. 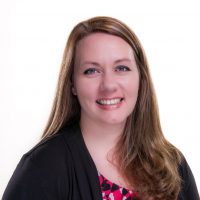 “It didn’t seem like the board was listening to the community and teachers,” she said.

In particular, Chambers noted teachers did have input during a change in principals at Riverside Intermediate School.

“My main concern is transparency, communication and trust between teachers, the school board and central office,” she said. “Making sure that nobody is lost in the shuffle, and we support and assist those students who need our help.”

Chambers said she has spoken with parents and members of the Parent Teacher Organization on how to best serve the board if elected.

“We need to make sure we are looking forward,” Chambers said. “Checking in with students who have recently graduated, that’s great knowledge if they are succeeding. Obviously, if we are not providing grads with what they need, it doesn’t mean much.”

Chambers said she wants to bring a fresh voice to the table.

“I feel like the board needs more voices and new perspectives, more communication and transparency,” she said. “Everything else falls from that.”

The current school board member for District 4, which includes the far east side of Fishers, Terry Tolle, is not seeking re-election.