You are at:Home»Current in Zionsville»Zionsville Community»Women of Impact offers junior membership

The female-run philanthropic fundraising group Women of Impact Boone County has announced a junior membership. Women of Impact is coordinated by the Community Foundation of Boone County and provides financial support for local nonprofit organizations while creating a sense of community. 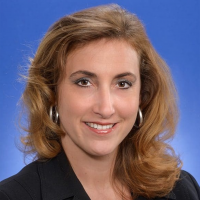 Phyllis Ferrell, a founding member of Women of Impact and vice president of Global Alzheimer’s Disease at Lilly BioMedicines, said Women of Impact wants to encourage younger women to invest their own money into their communities.

“The goal is to generate the next generation of female philanthropists,” Ferrell said. “They also have the benefit of the networking with the professional women who attend.”

Junior members can be juniors or seniors in high school and must commit to donating $100 annually. The first $20 supports an endowment fund within the Community Foundation of Boone County. The remaining $80 will support the four nonprofits selected by the members at quarterly meetings.

“We felt like $100 was enough that it would feel like a real amount of money. It takes a while, at minimum wage, to earn $100,” Ferrell said. “Every $100 matters (in philanthropy). We talked about whether (the money) should come from sponsorships, but we all felt like the real benefit is seeing your own money. It’s the process of giving and how that makes you feel.”

The nonprofits, which must be a 501(c)(3) in Boone County, are proposed by members and voted on within the group. Every member, including junior members, has the option of nominating a nonprofit organization for the opportunity to win the group’s support. Three of the nominated charities are randomly selected for the vote. When an organization is selected, the nominator has five minutes to present to the group why this charity deserves the group’s support.

Members will vote for one of the three charities presented. The charity with the most votes is selected as that evening’s grant recipient.

“We are almost seed-funding some of these charities. A lot of the times we are picking the charity that really needs that amount to get started,” Ferrell said.

A check presentation to the winning charity will be scheduled two to three weeks after the meeting. All members are encouraged to attend and hear directly from the selected organization how the donation will be utilized to benefit Boone County.

With more than 100 members, the group will award more than $10,000 to a local nonprofit each quarter.

Junior Membership meetings will be held on August 29 and Nov. 28, with two additional meetings in the first and second quarters of 2019. The evening meetings begin with social time at 5:30 p.m. The meeting portion starts at 6 p.m. and concludes at 7 p.m.