You are at:Home»Current in Fishers»Fishers Community»Democrat Rachna Greulach to run for Fall Creek Township Board

Rachna Greulach has always had an interest in politics. 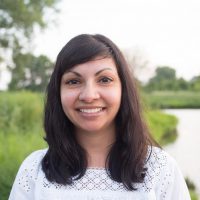 The six-year Fisher’s resident and longtime Democrat said she was fairly happy with the climate of politics during the Obama administration. But following the outcome of 2016 presidential election, she said she could not sit on the sidelines anymore.

“After Trump was elected I became more aware,” she said. “Especially having children, and how policies really impact us on a day-to-day basis. I had a larger level of concern with the direction of this country and wanted to make sure to make an effort to do something.”

However, she said it’s not about being a democrat versus republican, it’s about representing the best interests of constituents.

Her professional background is in accounting and finance, and she has no prior political experience.

She said although the current board is not doing a bad job, there could be improvements.

“A lot of people here don’t even know what the board is or does,” she said. “I want to raise awareness for services the board provides.”

Greulach said the township’s website was not being updated as frequently as it could be.

“Just keeping things up to date and what is being proposed to the budget, I want to help make sure we are being efficient and that no one is left behind, anyone who needs help can get it,” she said.

She said she also wants her candidacy to reflect the current demographics of city.

“I want to represent Fall Creek, the same people are running over again and I want to introduce change,” she said.

Fall Creek Township’s district encompasses the eastern half of Fishers, to the south of 146th Street, to the north of 96th St. and east of Cumberland Road.

“I want too as an everyday person represent Fall Creek Township and introduce a new voice,” Greulach said.