You are at:Home»Current in Zionsville»Zionsville Community»Fall Festival 2018: Pageant to showcase local talent 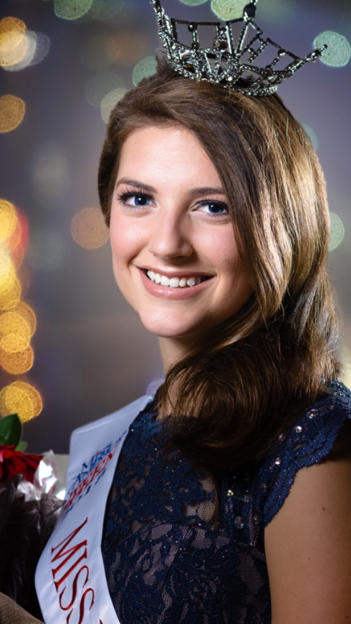 The event is organized by the Zionsville Lions Club and free for anyone to attend. The winner of the pageant will ride in the Fall Festival parade the following year.

Zionsville Lions Club member Louanne Giralte has been in charge of the pageant since 2012, its second year. The pageant is now in its eighth year.

“We always do it the week after Fall Festival, so it doesn’t conflict with the festival. More lions members are available to help,” Giralte said.

The event is free to the public, and there is no entry fee for contestants. Lions Club awards the winner a $500 scholarship from the Zionsville Lions club and goes on to compete in the Miss Indiana Outstanding Teen Scholarship Program in June 2019. The Miss Indiana Pageant has been held at the Zionsville Performing Arts Center for over 10 years.

“The idea came from (Lions member) Leigh Ann Akard,” Giralte said. “The Lions have always had an affiliation with Miss Indiana. We’ve always ushered for them and given them a dinner the weekend they come into town.

Akard had the idea approved through the town of Zionsville and the Miss Fall Festival’s Miss Outstanding Teen Pageant was born.

The first Lions Club member in charge of the pageant was Jeff Papa, who was also Zionsville’s first mayor. Papa asked Giralte to judge. The next year, she was running the show.

“This year, (Papa) is going to be judging and I’m the director, so it has come full circle,” Giralte said.

At the time of publication, Giralte had six contestants signed up but was open to more applicants. She said she averages six to eight contestants per year. Each year there are five judges, one of whom is a novice. The person who is brand new is taught what to look for that day.

Giralte is in the throws of finalizing the event.

“It’s kind of like putting a wedding together,” she said. “I wear many hats. Many hours go into this.”

Planning a pageant requires a venue, sound person, programs, flowers, a crown and sash, an emcee, gifts for the judges and auditors, and people to fill in for entertainment in between the areas of competition.

The Lions Club members help Giralte in many ways, like putting down a dance floor and getting food for the judges.

Claire Nieshalla, who was last year’s Fall Festival Pageant winner, won second runner up at Miss Indiana and will be passing on her Miss Fall Festival crown to the next Fall Festival Miss Outstanding Teen 2019.