Pam Knowles wasn’t originally planning to seek a third term on the Carmel Clay Schools board of trustees. But with major changes taking place during the 2017-18 school year, she changed her mind. 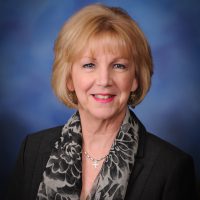 “As I thought about it more and more, since I helped put Dr. (Michael) Beresford in his new superintendent position, I felt it was important to try to continue the continuity that we currently have as a school board and try not to make too many changes for him as he’s trying to get acclimated to our school system,” said Knowles, the board’s vice president.

Venkata Tadikonda, an IT professional with three children in CCS and one a recent graduate, disagrees. He has filed to run against Knowles in the Nov. 6 election for the District 2 seat.

Tadikonda said he respects the experience of the current school board members but believes it’s time for a change.

“We need new blood and a fresh outlook,” he said. “What worked 10 years ago may not work now.” 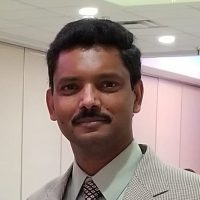 Tadikonda, who moved to Carmel 14 years ago as his oldest child was preparing to enter kindergarten, said the school board’s handling of the resignation of former Supt. Nicholas Wahl and proposed changes to its high-ability program were among the reasons he decided to run.

“Policies are being taken in a rush. (The school board) is making decisions as if somebody is chasing them,” he said. “Favoritism is happening a lot, and this happens when you have people who are sitting (on the board) for a long time.”

Knowles, a former third-grade teacher at Orchard Park Elementary and grandmother of three children in CCS, acknowledged that the school board could have done a better job addressing some of the controversial issues that arose in the past year.

“Transparency wasn’t as good as it could have been. Some of the things that were implemented or done probably could’ve been done a little bit better,” Knowles said. “We have put a hold on everything we did last year, especially with the high-ability program, as the board realized that was an area that we needed to further investigate rather than make quick decisions.”

But she feels consistency is important in ensuring smooth transitions.

“I just want to make sure that anything that we’re currently working on is continued and brought to a positive conclusion,” she said.