You are at:Home»Obituaries»Obituary: Howard D. Passage 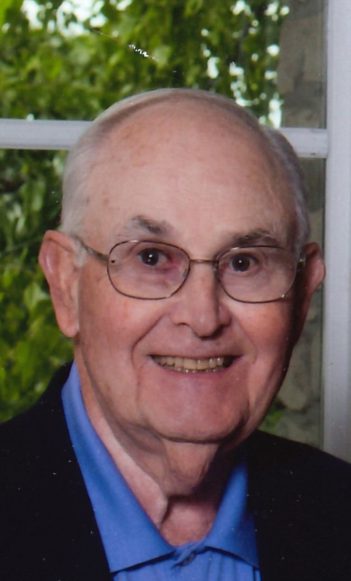 Howard was a 1951 graduate of Bradley University, Peoria, Ill. He was a veteran of the U.S. Army. Howard was employed by Ernst & Ernst Accounting Firm from 1955-1971. He then joined First of America Bank as regional vice president before retiring in 1994.

As a lifetime fan of the Chicago Cubs, Howard wore his Cubs baseball cap often and was excited to cheer their World Series win. Howard also enjoyed playing golf. He was gifted in many areas, but most importantly, Howard was a good husband, father, grandfather and great-grandfather and good friend to many. Howard was a man of few words, yet when he spoke, people listened.

In addition to his parents, Howard was preceded in death by his brother, Charles Passage; sister, Alta Merle Moreau and wife of 37 years, Dolores Sattler Passage.

Family and Friends will gather at 9 a.m. Sept. 7 in Carmel United Methodist Church, of which Howard was an active member since 1959, and where the funeral service will begin at noon. Burial will follow in Carmel Cemetery.

In memory of Howard, donations may be made to Carmel United Methodist Church 621 S. Range Line Road. Envelopes will be available at the church.