In his role of conductor for Indianapolis Opera’s “La Boheme,” Craig Kier understands he has a duty to the audience.

“It’s a story people are either seeing for the first time and some others (are seeing) ‘La Boheme’ for the fourth time,” Kier said. “So, there is a responsibility to create a compelling performance but also one that is very joyful.”

Indianapolis Opera will present Giacomo Puccini’s  “La Boheme” Sept. 14 to 16 at The Tarkington at the Center for Performing Arts in Carmel. The production will be sung in Italian with projected English supertitles. 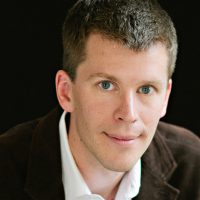 “(Indy Opera general director) David Starkey is someone I knew when he was with Ashville  (N.C.) Lyric Opera and it worked out that I could come to Indianapolis for a few weeks,” said Kier, who is conducting with Indy Opera for the first time. “As I understand it there is a thriving opera audience.”

Kier, the director of the Maryland Opera Studio at the University of Maryland, conducted “La Boheme” for the Lyric Opera of Kansas City in 2014.  He assisted five times with it in various roles in the early part of his career.

“It’s been part of my life for 20 years in some capacity or another,” Kier said. “It’s one of the most beloved operas for many good reasons, so many of the melodies are familiar.”

Set in the Latin Quarter of mid-19th-century Paris, the opera follows a group of young artists during the Bohemian movement.

One challenge Kier said he faces is keeping the opera fresh.

“The story of a starving artist is one most people on stage can relate to in some way or another,” he said.

In addition to his full-time post, Kier serves is a national freelance conductor.

Metropolitan Opera tenor Gregory Turay, who appeared in Indianapolis Opera’s “La Traviata,” in 2017, returns to play Rudolfo, the young poet. Cristina Bakhoum Sanchez, a soprano, will make her Indy Opera debut in the role of Mimi.

Kier attended the Cincinnati Conservatory of Music with two members of the production, Jennifer Metzig Nie, the children’s chorus master, and Benjamin Smith, the stage director.

“It’s more of happening by chance, but a very happy chance,” Kier said. “It’s a very small musical world, so many people end up working together with one to two degrees of separation on a regular basis.”