As the mother of two children under 2 years old, Brynn Tyszka had to take time off from the stage after moving to Carmel from Rochester, N.Y. in 2016.

“I’ve been craving it,” Tyszka said. 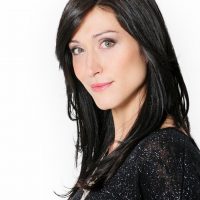 Tyszka is making her Indiana debut in the Actors Theatre of Indiana’s “A Comedy of Tenors” Sept. 7 to 30 at the Studio Theater at the Center for the Performing Arts in Carmel.

Tyszka was directing, choreographing, teaching and acting in Rochester.

“Farce is one of my favorite forms because I’m a naturally fast person,” she said. “I love physical comedy. I like the challenge of making exaggerated characters real. In theater, we only tell stories of best and worst days. Farce is that on crack. It’s the best and worst day for people that are highly dramatic.”

Tyszka is exited about her character’s Russian accents.

“I love accents, and I have not done this one yet,” Tyszka said.

This is the Indiana premiere of the play. Darrin Murrell, from Parker City, directed ATI’s last farce, “Unnecessary Farce,” in 2016. 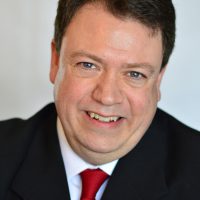 “I’m always drawn to farce and comedy,” Murrell said. “I’ve had a long connection with ‘Lend Me A Tenor,’ which this play is a sequel to it.”

Murrell said he worked with the playwright of both plays, Ken Ludwig, in Chicago in the early 1990s. He also had good friends that were involved in the world premiere of  “A Comedy of Tenors” in Cleveland in 2015.

“Farce is in my wheelhouse. I’ve been a student of old-time slapstick comedy and Vaudeville-style of comedy and silent comedies,” Murrell said. “I came up as an actor working in that milieu. It’s a natural fit for me as a director. I do this to bring a momentary escape to audiences.”

Murrell said he is fortunate to have an amazing cast that will carry the production.

Westfield resident Don Farrell, one of ATI’s three co-founders, has a dual role of Tito and his doppelganger Beppo.

Farrell said he not only has the challenge of performing with an Italian accent, but will be kept plenty busy.

“I don’t think I have to go to the gym when I’m doing this show,” he said.

“You can lose yourself for two hours in hysteria,” Farrell said.