Pritchett has four children in several grade levels. She began working with the PTO when her eldest child, who’s now a high school junior, was in kindergarten. She has is a past-president of the Riverside Intermediate School PTO and is now an at-large member. 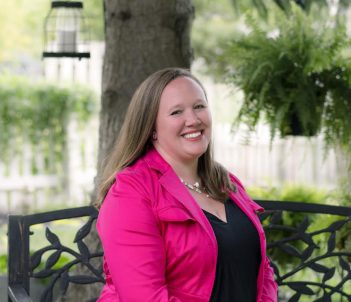 Pritchett said she is running because she is at a crossroads in her volunteering.

“I feel like I have more to offer because I have a very firm grasp on what’s going on in our schools now,” she said. “That, to me, is an advantage to having that experience and background.”

Pritchett said she is satisfied with the HSE administration.

“I have spent a lot of my time trying to assist teachers and administrators and bolstering them and their goals, so I am ready to do that in a bigger capacity,” she said.

Pritchett said working with the PTO has aided her work in bringing the community together.

“My job has been creating events that bring people together at the school. Not only are we raising money, but inviting parents and students to school to bring the community together,” she said.

Pritchess said her experience inside and outside the classroom will be beneficial if elected.

“I have that element of experience being in the school,” Pritchett said. “It’s imperative for any board member to be collaborative and open-minded with any issue they are presented with and to work together.”

Fishers residents Frank Whelan and Matthew Molter also have announced they are running for the District 2 seat.