You are at:Home»Current in Carmel»Carmel Community»Carmel City Council approves $1.4M to open library branch on west side

A Carmel Clay Public Library branch on the west side of the city is one step closer to reality after the Carmel City Council approved issuing $1.425 million in bonds to pay for it at its Aug. 20 meeting.

The sale of general obligation bonds will allow the library to purchase and renovate a former 3,500-square-foot grocery store at 12770 Horseferry Rd. in the Village of WestClay. It also will cover renovations, equipment and technology to help bring the branch online by early 2019.

The project is not expected to raise the library’s tax rate, which is 7.6 cents per $100 of assessed property value. An excess in the debt service fund will be used to cover the cost until other debt is retired by the end of 2019, with the 2020 library tax rate projected to potentially decrease. The library expects to pay for the project in approximately two years and pay $74,607 in interest. 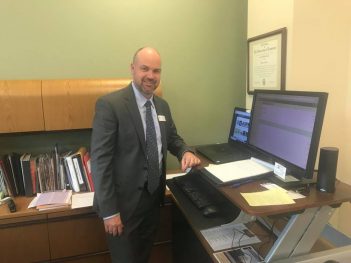 CCPL Director Bob Swanay said residents have long been asking for a branch on the west side of town, and he expects it to be an immediate success.

“We anticipate it will be heavily used,” he told the council. “I’ve already been asked when we plan to expand it. Some people are already anticipating that out in the community.”

Swanay said the new branch will be easy for many west side residents to reach by bike or on foot. Planners are working to determine the best use for an outdoor patio and how to create comfortable, community spaces throughout the building. Modular shelving could be installed and rolled out of the way to make space for programs or events.

“We’re going to try to be as flexible as possible to maximize the use we can get out of this space,” Swanay said.

City Councilor Ron Carter said the project should be a boost to the west side of town.

“Libraries tend to energize and humanize public spaces,” he said. “I think certainly this will be a great addition to that particular area that will tend to help energize it after some time not having as much public vitality as it could have had.”