You are at:Home»Current in Fishers»Fishers Cover Stories»Reaching for the Stars: Fishers native performs at concerts alongside celebrities

Fishers native Derek Tabada has already reached for the stars — and met some along the way, too.
Tabada, 24, spent most of his teenage years in Fishers before moving to Los Angeles to follow his dream of becoming a professional dancer.

“I first started in gymnastics and moved to cheerleading,” he said. “Cheer is so physical, it’s a sport in that way, and there’s something about the performance side of dancing that I like.” 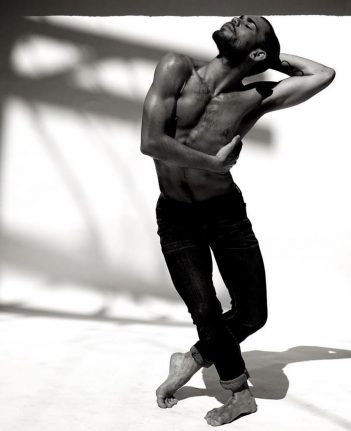 Derek Tabada has appeared on “America’s Got Talent” and has worked with many celebrity artists.

In 2016, Tabada was featured on stage for live performances of NBC’s “America’s Got Talent.” He was part of the multimedia dance group Sila Sveta, which uses special effect lighting choreographed with their dances. The group eventually dissolved but was was a learning experience for Tabada, who had earned his spot with Sila Sveta with a longtime friend.

“We auditioned with a Russian choreographer, and that is very different from L.A. commercial dancing,” he said. “All our real interaction with the judges was on stage. It was nothing too personal about that, but we also got to meet all the other contestants and get to know them.”

Tabada said what the show looks like on television is exactly how it looks on stage. He said he enjoyed his time on the show but that reality television was not for him.

“I don’t like the producing because everyone is kind of like a pawn in this bigger chess game,” he said.

Tabada has lived in Los Angeles for five years working as a freelance dancer.

“I have made a lot of connections,” he said. “Taking dance classes and being in the community really allows you to meet people.”

Tabada said he feels on a high whenever he stands next to celebrities.

“I do feel I am a natural performer,” Tabada said. “I feel like the highlight for my existence of being alive is to entertain and share a stage.”

“The stakes are higher. It feels like a bigger stage,” he said. “I love performing with Kesha because she does something different every night and keeps it very exciting. She’s definitely a commander.”

Tabada’s dance often serves as visual support in the background.

“In L.A., it’s a lot of contemporary dancing,” he said. “The real money-maker is music videos on award shows.”

Tabada recently appeared in Katherine Heigl and Josh Kelly’s “It’s Your Move” music video. He was part of singer Lorde’s dance team at last year’s MTV Video Music Awards. Among other notable work, Tabada has danced alongside Katy Perry at the Grammys.

“Even since I was little it wasn’t a real choice,” Tabada said. “It was more dancing that encouraged me to be myself. It makes me feel like myself without talking about it.”

Tabada decided to forgo college to pursue dancing as a career.

“I feel passionately about dancing and I know it will carry me into the future for years to come,” he said. 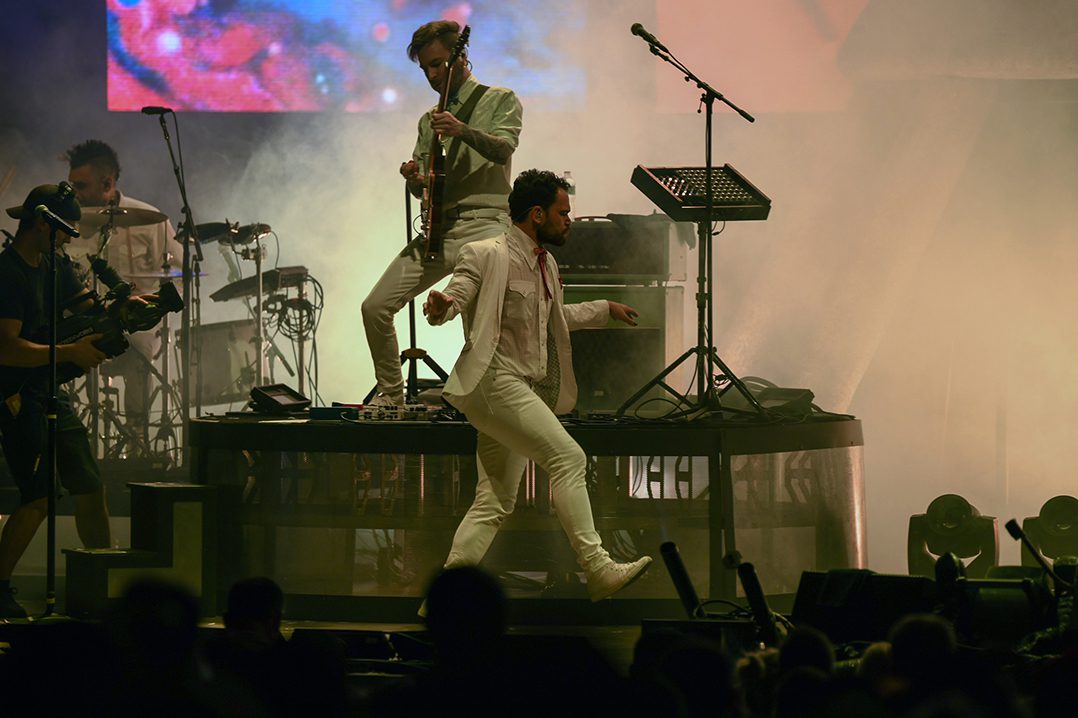 From the early days

Celebrating her 50th year as the owner of Indianapolis-based Dance Magic Performing Arts, Linda Rees said she has never met someone as unique as Derek Tabada. 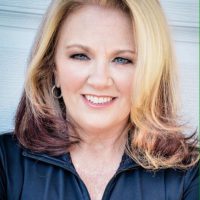 “Derek is so talented. From the moment you see him you just knew he was destined to stay in this business,” she said. “He is one of the best dancers I have had the privilege to work with.”

Rees said Tabada returns occasionally and works with choreographers as they dance. She said her dance studio caters to a variety of styles and that there is something for everyone.

“Our dance center does many different dance styles,” Rees said. “And that is to help take young and aspiring artists and develop their skills so they can go out into the world and be a successful dancer.”

For more on the studio, visit dmpac.net.