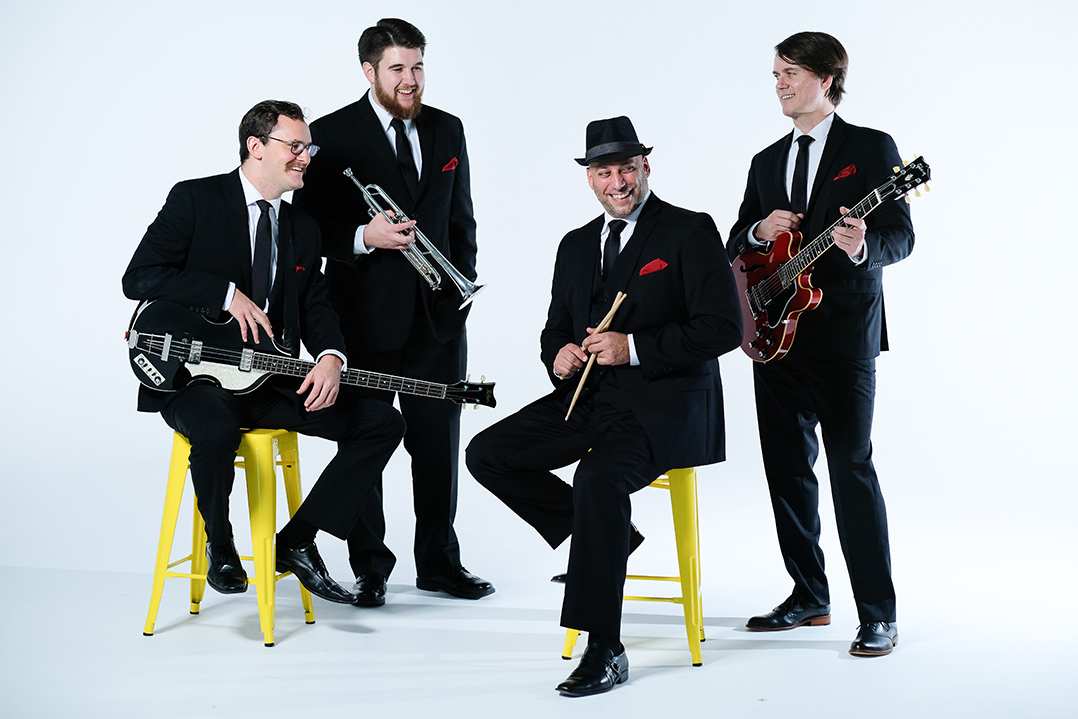 Neil Lantz has been president of The Four Freshmen Society for six years. He and his wife, Sara Lou, have been members of the fan club for more the than 20 years.

“I’ve been a fan since my high school days back in the late ‘50s,” Lantz said.

Naturally, the Fishers resident can’t wait to see the quartet play so close to home. The Four Freshmen will perform a free concert at 7 p.m. Aug. 24 at the Federal Hill Commons in Noblesville.

Lantz and his wife will then go see the group play at Columbus North High School.

“We’ve been on a cruise with them,” Lantz said. “We’ve been to a dozen of the conventions and they perform at those. We consider them good friends. They’re a great bunch of guys.”

The 31st annual Four Freshmen Society convention is Oct. 18 to 20 in South Bend with the group performing the final two nights. This is the 70th anniversary of the group’s formation.

Brothers Don and Ross Barbour, Columbus, Ind., their cousin Bob Flanigan, Greencastle, and friend Hal Kratzsch, Warsaw, started the group at Butler University in 1948. Their blended style of harmonizing later inspired The Beach Boys, among others.

The longest-tenured member of the group is Bob Ferreira, who is starting his 26th year.

Ferreira, 48, sings bass vocal parts and plays the drums. He joined The Four Freshman in 1992.

“The last original member and lead singer, Bob Flanigan, who had been with the group 44 1/2 years, was retiring,” Ferreira said. “When I joined, he and another member of the group was retiring simultaneously.”

Flanigan stayed on as manager and owner of the group until he died in 2011.

“He was the biggest cheerleader and believer that the sound could continue,” Ferreira said.

Ferreira was referred to audition by former Four Freshman member Kirk Marcy, who was Ferreira’s instructor at Edmonds Community College in Lynnwood, Wash.

“It was surreal to be able to audition for this group,” Ferreira said. “I thought I’d maybe try it for a year or two and if I didn’t like it, I’d go back to school and get my teaching degree. But I ended up just loving it and I still do. It’s not often that people get to do what they truly love to do, so I feel very fortunate.”

Ferreira, who lives in Las Vegas, said the group is usually on the road about half the year.

“We always stay within the style of the group, and most of the time we keep it to the timeless standards,” he said. “We do songs from the very beginnings in 1948 all the way up to a month ago when we introduced some new arrangements. There’s always a core repertoire of hits, like ‘Poinciana, ‘It’s a Blue World’ and probably the biggest one, “Graduation Day.’”

Ferreira said he loves the hard-core fans, like Lantz.

“We have fans all over the world, several thousand members in this organization,” Ferreria said of the fan club. “They love the sound and celebrate the sound. It’s its own only little community.”

The conventions are great times to catch up, he said