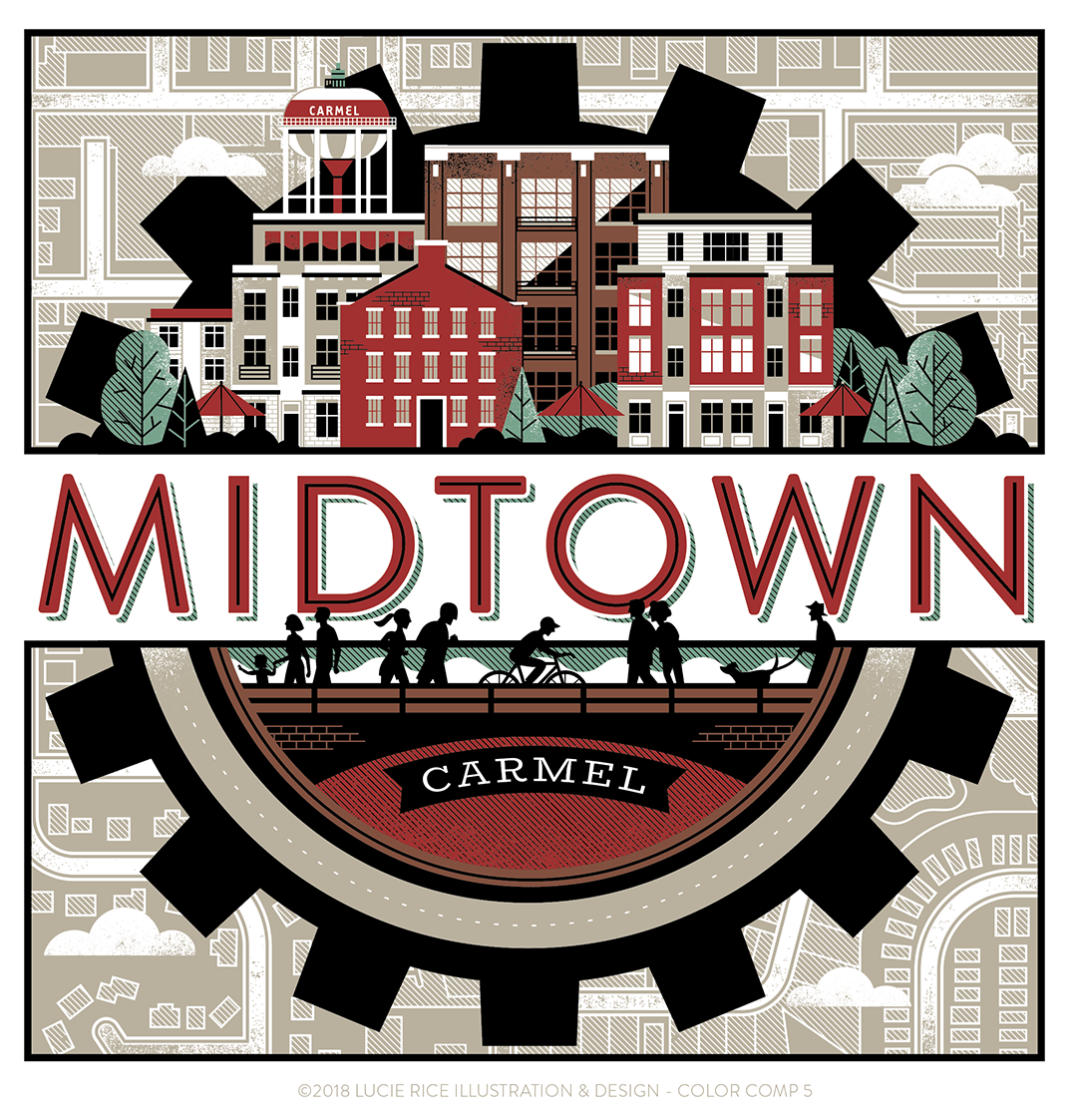 A mural depicting landmarks in the Midtown area is expected to be painted on the Midtown north parking garage starting next month. (Submitted photo)

The Carmel Redevelopment Commission on Aug. 15 approved spending $34,525 for the painting of a mural on the south façade of the Midtown north parking garage.

The mural will depict several nearby landmarks and match the area’s color scheme. It was designed by Lucie Rice of Nashville, Tenn., at a cost of $7,500 and will be painted by Indianapolis-based Olson Paint Studios, with work expected to begin in mid-September and finish before November.

This is the second time the CRC approved funding for the mural. At their February meeting, commissioners voted to approve $18,000 for M&E Enterprises to design and paint the mural. M&E, owned by Carmel High School art teacher Michael Lee, completed a popular mural on the west façade of the Carmel Old Town Antique Mall in 2007.

However the CRC decided to change course as the project progressed.

“After we realized how intricate the design is we realized we need to get a professional who does this all the time,” CRC Finance Manager Mike Lee said at the August meeting.

Michael Lee, who only received $200 of the $18,000 originally approved, did not return a call seeking comment.