You are at:Home»Current in Carmel»Carmel Community»Suspects arrested for vandalizing Carmel synagogue 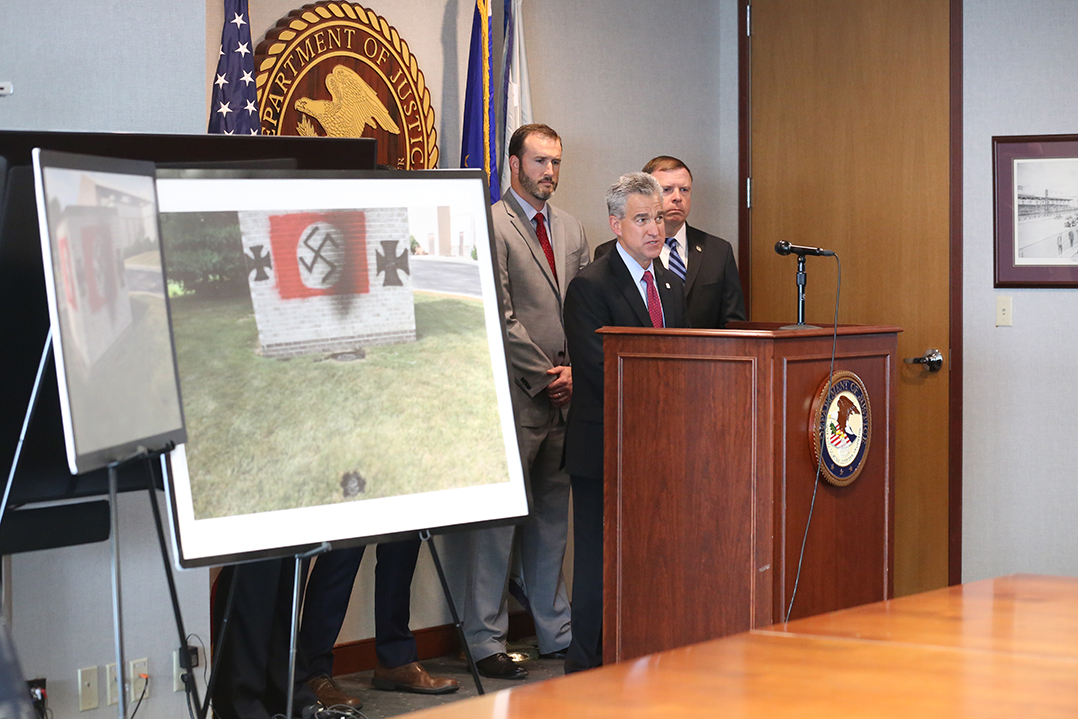 Two people have been arrested for spray-painting anti-Semitic symbols at a Carmel synagogue.

Nolan Brewer, 20, of Cloverdale was charged Aug. 16 in federal court with conspiracy to violate civil rights, which has a maximum sentence of 10 years if convicted. 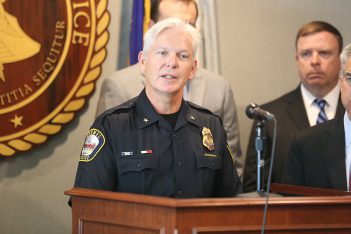 Officials at Congregation Shaarey Tefilla on W. 116th Street discovered the vandalism, which included two Nazi flags and iron crosses, July 28 on a brick dumpster enclosure. It also appeared that small fires had been set nearby.

According to court documents, Brewer told investigators that his motivation for the vandalism at the synagogue was because it was “full of ethnic Jews.” It also states he told them that he and his co-conspirator were trying to convey to the Jewish people to “back down or something like that.”

“The statements he made made it clear that his intention was not to be a prank,” U.S. Attorney Josh Minkler said at an Aug. 16 press conference. “His intention clearly was serious, and that was to impact people and their right to worship in the place they choose in the way they choose. He was going to commit a certain crime to send that message.”

Investigators received a tip on July 30 that linked Brewer to the vandalism. They obtained video footage from Walmart in Greencastle that appears to show Brewer – who looked to be wearing a German military style camouflage jacket – and another individual purchasing black and red spray paint.

When law enforcement apprehended Brewer on Aug. 15, he was wearing a jacket that appeared to match the one in the video and had black and red spray paint in the trunk of his car. Investigators also found items that could be used to cause a small explosion, the affidavit states.

Minkler said it’s not clear why Nolan chose the Carmel synagogue as his specific target.

Congregation Shaarey Tefilla Rabbi Benjamin Sendrow said the local Jewish community continues to be encouraged by the support it has received since the vandalism occurred.

“I can’t articulate how much that meant to us as a community,” he said. “It made this act a complete failure, because (the vandals) tried to evoke hatred and fear and what they produced was an outpouring of love and support and solidarity. They utterly failed.”

CPD and the FBI are continuing to work together to investigate the incident. Brewer is in the custody of the U.S. Marshal Service and has a detention hearing set for 3 p.m. Aug. 21.