Gangstad, a board member, taught for 28 years in Carmel Clay Schools elementary schools (Woodbrook, College Wood and West Clay) and retired in 2012. The longtime Carmel resident graduated from Carmel High School in 1971. She is the daughter of former Carmel High School boys basketball coach and counselor/assistant principal Eric Clark, who died in 2009. His 1977 basketball team won the state title. 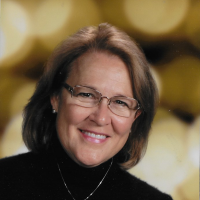 Gangstad recently replaced Emily Ehrgott, who has decided to return to teaching. Ehrgott became interim executive director in July 2016 and later moved into the permanent role.

The CCHS Monon Depot building is temporarily closed because of nearby construction. It is expected to reopen in mid-September.

“I’m doing it more for the love of it than anything else,” Gangstad said. “Emily brought a lot of energy and creativity to the Historical Society. We were lucky to have her.”

Gangstad said she might want to be considered for the executive director position.

“I’m keeping my options open,” she said. “I might be that person. I might not be that person. I’ll know pretty quick. Right now, we’re keeping ourselves afloat. I have a great passion for Carmel. I grew up here. My parents grew up here. I would like to see a lot of people to realize the Historical Society is not under the city umbrella. We’re a nonprofit organization. We’re always looking for funding and volunteers. Whether you’ve lived here one year or your whole life, you are part of Carmel history. We want the Carmel Clay Historical Society to include everyone.”

“After I retired, I started taking second-graders on walking tours on downtown Carmel, which my class had done since I was a second-grade teacher,” Gangstad said. “I wanted to give back by volunteering. I helped with the Holiday Home Tour.”