You are at:Home»Lifestyle»Travel»Column: Changing of the guard 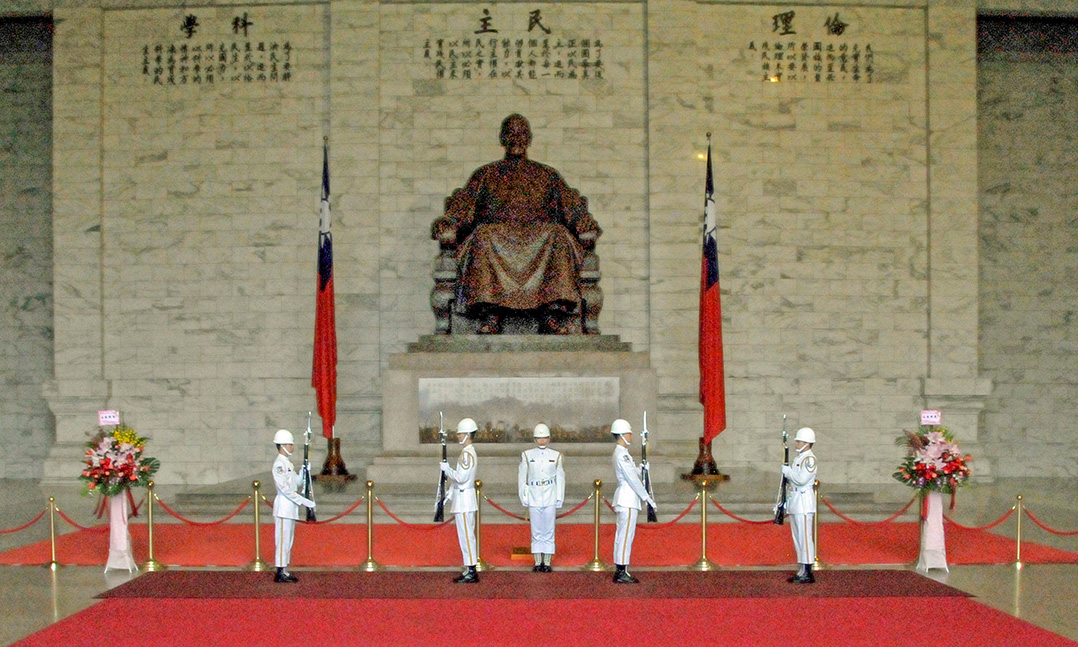 Every hour during the day, guards change in front of an enormous statue of Chiang Kai-Shek in Taipei, Taiwan. Someday soon, the statue itself will change.

Chiang Kai-Shek became chairman of the Republic of China in 1928. In 1949, after his forces were defeated by the Communists, he removed himself and 2 million Chinese to Taiwan, an island 112 miles from the mainland, where he established a government in exile and ruled with an iron fist. He maintained martial law and initiated the “white terror,” in which 140,000 Taiwanese were imprisoned and at least 3,000 executed for suspected opposition to his government. After Chiang Kai-Shek died in 1975, the one-party government constructed a building in his memory at the east end of 60-acre Chiang Kai-Shek Memorial Park. The white Memorial Hall is covered by an eight-sided roof, the number eight representing prosperity and good fortune. Eighty-nine steps, representing Chiang Kai-Shek’s age at death, lead to an imposing hall featuring a 32-foot tall bronze statue of the seated ruler.

Beginning in the 1980s, massive demonstrations took place in the park demanding a democratic government. These demonstrations led to the first free elections in 1996, after which Chiang-Kai Shek Memorial Park was renamed Liberty Park. Beginning in 2007, Taiwanese citizens began demanding that Chiang Kai-Shek’s statue be removed from Memorial Hall because of his no-longer-acceptable autocratic rule. In 2017, 30 years after the elimination of martial law, the government announced plans to remove the statue and transform the hall into a center for “facing history, recognizing agony, and respecting human rights.” Public discussions about the transformation are under way, with some people advocating that the building be destroyed. Liberty Park now contains the impressive National Concert Hall and National Theatre. How much longer it will contain Memorial Hall is an open question