You are at:Home»Current in Carmel»Carmel Community»Carmel beer festival to feature firkins

A festival strictly featuring firkins will be the first of its kind in Indiana when it comes to Union Brewing Co., 622 S. Range Line Rd. Suite Q, from 1:30 to 5 p.m. Sept. 1. 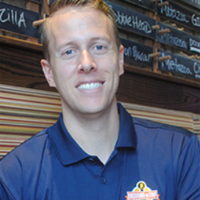 Firkins are beers that are fermented in casks and then served out of the cask. Approximately 10 Indiana breweries will attend the indoor and outdoor event and serve a total of 25 to 30 beers out of 9-gallon casks.

“This is the first event of its kind in the state, a cask ale-only festival,” said Justin Knepp, founder of Indiana on Tap, which is hosting the festival alongside Union Brewing Co. “All these other festivals serve cold beer out of kegs, but (with firkins) the beer is fermented in these casks. It’s the craftiest of craft beer in the world, and as much as you try, no two cask beers will be the same due to the fermentation process.”

All of Union Brewing Co.’s beers are cask beers. Some of the other participating breweries have brewed firkins before, but many will be brewing firkins for the first time.

“For the craft beer fans out there, it truly is utterly neat,” Knepp said. “It’s already what makes Union Brewing Co. different. There’s really not many cask ale festivals only really anywhere in the U.S.”

The event is small, with only 225 tickets available. Tickets are $40. For more, visit carmelfirkinfest.com.