You are at:Home»Current in Carmel»Carmel Community»Carmel Libertarian aims to become next Indiana secretary of state

Through his campaign for secretary of state, Carmel resident Mark Rutherford is advocating for small business owners, protecting individual rights and creating equal representation of political parties in elections. 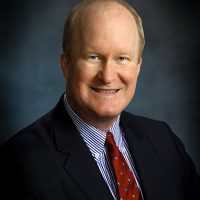 “I’ve got a good idea of how to work with people in government, so I’ve got an excellent background for running and for being secretary of state, so I seem like an appropriate candidate to run,” he said.

Rutherford is a 1978 graduate of Carmel High School and a 1986 graduate of  the Valparaiso University School of Law. Shortly after graduating, he co-founded a law firm in Indianapolis. He specializes in business law and white collar criminal defense.

Because of his parents involvement in politics while he was growing up, Rutherford said running for office seemed like a natural fit. He began his career as a deputy prosecutor with the Marion County Prosecutor’s Office and then moved to a civil law firm before opening his own practice.

Support small business: Rutherford wants to help small businesses flourish and make it easier for owners to file forms without hiring a lawyer. “I will approach it from what is necessary, and how can we make it as easy and simple as possible.”

Simplify election law: He said the rules and statutes are confusing and make it too difficult for candidates from smaller parties to run. “That’s no way to get the best people to want to run for office. It’s a way to keep incumbents in office, and I would use my position to try to get those changed.”

Increase voter security:  “To me, one of the No. 1 things (the government) can do is have a process that is reliable, considered trustworthy by the voters and the voters have confidence (in) selecting their representatives. If you don’t have that, you have a major, major problem.”