Westfield resident Danyele Easterhaus, longtime executive director of Student Impact, has been appointed to serve on the Westfield Washington Township Board. 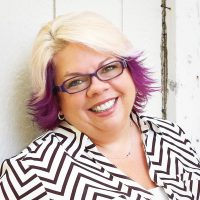 At a June 21 caucus, Westfield Washington Township precinct committeemen voted unanimously to select Easterhaus, who has lived in Westfield for 23 years, to fill the seat vacated by Carl Steele, who moved out of state in early June after serving 36 years.
Easterhaus, who also is running for a four-year term on the board in the November election, will serve out the remainder of Steele’s term until January, 2019.

“I was very excited to serve earlier because it’s just another opportunity to jump in and make a difference in the community,” Easterhaus said. “I am a hands-on, get-it-done type of person, and to start early was a little more exciting, so I get to know more what I’m getting into (this November.)”

Three township seats are up for election, with three Republicans and one Democrat running.

Easterhaus said she is prepared for the rigors of campaigning. She said she has a passion for serving underprivileged kids.

“And that is why the township is such a great place to serve because we serve the underserved,” she said. “I want to bring a voice not just for students, but relationships within the community.”

Easterhaus also is making a strong push for the younger vote.

“One of the things of my focus when running is to get the younger voter out and get them involved in the election and feeling like they are a part of what’s going on in Westfield,” Easterhaus said.