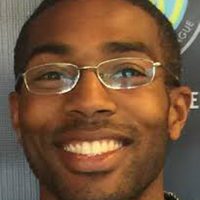 The first lawsuit, filed in January in Boone County Superior Court, alleges before McKinley Jones was terminated for cause, he performed soccer services for FC Pride, a Lawrence soccer organization. The suit alleges that he told ZYSA players and their parents he would be resigning and leaving for FC Pride and then induced ZYSA players and their parents to follow him to FC Pride. That breached his agreement with ZYSA, according to the suit. Jones had been ZYSA assistant director of coaching for girls.

ZYSA is seeking an award of damages for the alleged violations of contract Jones signed, which included a non-compete portion for six months after leaving.

A similar lawsuit was filed in June against FC Pride Inc., and Mike Beckner, a former ZYSA coach and board member. Beckner resigned in June 2016, a month before Jones was terminated.

The suit alleges Beckner conspired with Jones to modify Beckner’s contract with ZYSA, to the detriment of ZYSA. The conspiratory actions were undisclosed to the organization until after Beckner’s departure.

Beckner also allegedly told players and parents he would be resigning from ZYSA and joining FC Pride and then continued to improperly mention, suggest or encourage players’ parents to leave ZYSA programs and join Pride programs after he left.

“ZYSA does not take litigation lightly,”  ZYSA’s attorney Steve Runyan said in an email response to Current in Zionsville. “Before filing suit, ZYSA tried to resolve the dispute directly with the defendants and then with the aid of Indiana Soccer. Unable to resolve the dispute after more than a year of attempting to do so, ZYSA filed suit to protect its interests, as we believe our club members would expect. Further, ZYSA has actively worked to address the issues, including influencing Indiana Soccer and its membership to change Indiana Soccer policy to prevent future incidents of this nature.”

An Indiana Soccer fine of $2,500 and loss of coaching privileges for up to five years is now in effect to deter prohibitive contact, as of May 31, 2017. The rule is entitled: “Indiana Soccer Prohibitive Contact and Coaching Relocation” and says that any club agent, player or registered member that attempts to induce a player to register with another soccer entity, prior to the end of the seasonal year, will be in violation.

Runyan said the matter was taken with careful consideration of the players impacted by the defendants’ actions.

“ZYSA could have requested an injunction from the (Superior) Court, prohibiting Mr. Jones and Mr. Beckner from coaching, but chose not to do so to minimize the impact on then-current players,” Runyan said. “But protecting the players does not include allowing those named to violate their obligations. We believe the Court will ultimately uphold ZYSA’s rights, and we have proceeded in a way that focuses this case on the actions of the adults involved without impacting the children.

Runyan said ZYSA has asked the court to determine the amount ZYSA is owed.

FC Pride responded to the lawsuit on its website:

“FC Pride is deeply disappointed by the actions taken by ZYSA and its board. Such actions are entirely contrary to the fundamental missions of each organization to serve and develop the youths of our communities through soccer. While the ZYSA has decided to spend its members’ fees to pursue baseless allegations, FC Pride remains committed to its mission to serve the community and provide developmentally appropriate environments for all levels of players. FC Pride will vigorously defend itself and its coaches while at the same time continue to focus on being the premier youth soccer organization in Central Indiana.”

Jones said he had no comment at this time regarding the pending lawsuits.