You are at:Home»Current in Carmel»Carmel Community»Refugee family receives Habitat for Humanity home 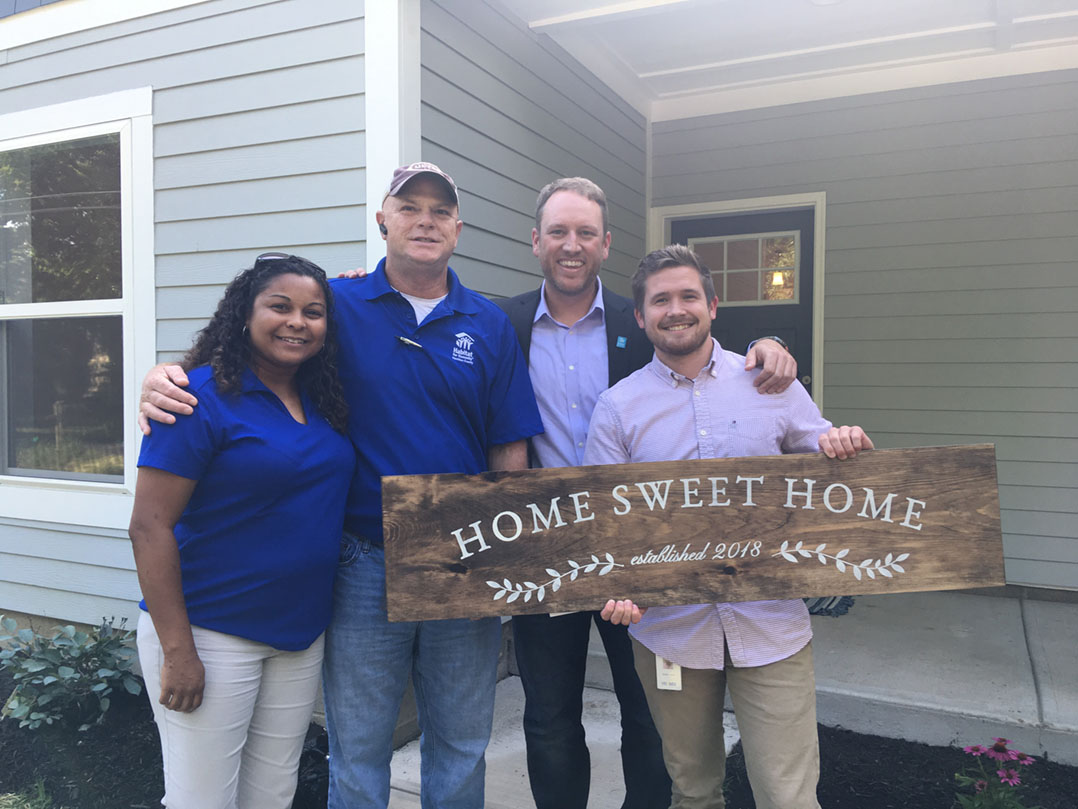 Sharifa, a widow with six children, came to the United States 15 years ago as a refugee from a Middle Eastern nation.

On Aug. 1, her hard work and determination earned her keys to a Habitat for Humanity of Hamilton County home in the Home Place neighborhood of Carmel.

Because Sharifa still has relatives in the Middle East who could face repercussions, she and her family requested to use only first names, to not reveal her country of origin and not have any pictures taken.

“My mom has honestly gone through events that most people couldn’t handle for the most part,” said Izzy, Sharifa’s 25-year-old son. “She’s Wonder Woman to me. Other people look up to superheroes or some millionaire. For me, it’s always been my mom. And for my siblings, it’s the same way. She’s very hardworking and determined. We came from nothing (in the Middle East) and got lucky enough to get into this refugee program to the U.S. We went through some tough times. We got robbed our first year at an apartment (in Indianapolis), so she started twice. She worked two jobs, raising six kids by herself.”

Two of Izzy’s younger sisters and a younger brother will live with their mother in the home. The youngest children are 18-year-old twins.

Izzy and his mother went to Habitat for Humanity of Hamilton County a few years ago and began volunteering.

“We were already volunteering in our community,” Izzy said. “Habitat has given us an amazing opportunity. My mom has never really owned a home in her life. She was able to help build it up with a tremendous team.”

Habitat for Humanity of Hamilton County executive director Jason Haney said Sharifa had been at the same job for 15 years.

“But she was in need of housing because she was in some cramped housing,” Haney said. “It’s a very deserving family. She did 250 hours of sweat equity and another 50 hours of homeowner education. Her kids volunteered as well.”

She took out a 30-year mortgage where she will pay a zero interest to Habitat, Haney said.

Community partners, including corporations and faith-based organizations, donated financial support and volunteer time to build the home in partnership with the family, Haney said.