You are at:Home»Current in Carmel»Carmel Community»Carmel Red Robin employee arrested after firing gun on restaurant property

A Red Robin employee is facing several charges after allegedly shooting a gun July 27 in the parking lot of the Clay Terrace restaurant, grazing the hand of a coworker. 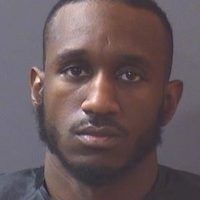 Trestan I. Miles, 22, of Cicero is accused of shooting at fellow Red Robin cook Daniel Estrada at approximately 9:30 p.m. after Miles accused Estrada of leaving his work area in the kitchen “a complete disaster,” according to a probable cause affidavit. One shot grazed Estrada’s left hand, and he refused treatment at the scene.

The affidavit states that Estrada told police that Miles confronted him about the state of his work area as Estrada and his girlfriend, a server at the restaurant, joined another employee in the parking lot after their shift. Estrada said he told Miles a manager approved the cleanliness of his station before he left. He said he also told Miles to mind his own business.

The situation escalated, with Miles retrieving a 9 millimeter Taurus handgun from his vehicle, the affidavit states. Miles told police he fired a shot into the air in an attempt to get Estrada to leave him alone but that Estrada rushed him and grabbed the barrel of the gun. He also told police that he fired a shot during the ensuing struggle, which struck Estrada in the hand, before they both fell to the ground and continued fighting.

According to the affidavit, another employee gave Miles permission to place the handgun in his vehicle, which is where police later found it.

Miles has been charged with criminal recklessness, pointing a firearm at another, battery resulting in moderate bodily injury and carrying a handgun without a license. A jury trial is set for Oct. 8.

An official for Red Robin did not return a call seeking comment as of press time.