You are at:Home»Current in Carmel»Carmel Community»Carmel pilot shares story of Brooks Blackmore abroad 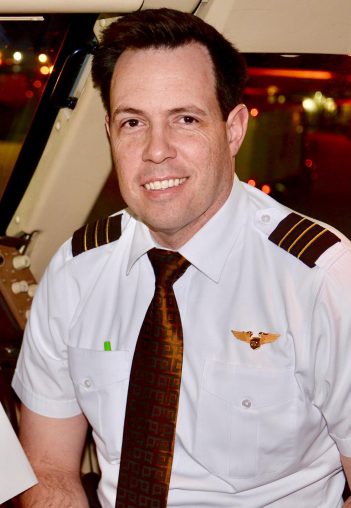 Carmel pilot Brian Evers has done his part to spread the story of Brooks Blackmore around the world.

Brooks Blackmore was diagnosed with two, stage IV inoperable brain tumors in June 2015 and died in May 2016 at age 6.

Brooks’ favorite toys were Hot Wheels cars. His mother, Tracey Blackmore of Carmel, started hiding the Hot Wheels around town as a way to cope with her grief and spread awareness about childhood cancer research funding.

Labeled as Finders Keepers, the toys were packed with a copy of a painting Brooks had made, his story, statistics on childhood cancers and a link to the St. Baldrick Foundation’s Be Brooks Brave Hero Fund. St. Baldrick’s benefits childhood cancer research, and Brooks’ fund concentrates on research on the form of brain cancer he had.

Evers works with UPS, and most of his flights are international. He has been distributing the cars for the past year. Evers said he and his wife buy the Hot Wheels and then pick up the other materials from Blackmore.

“I’ve left them in Europe and different parts of Asia as well as here domestically,” Evers said. “I’ve left several in Germany because I’m there the most.”

Evers has shared a bin of the Hot Wheels packages at his UPS base in Louisville for his colleagues to spread in the U.S.

Evers’ wife, Natalie, showed her husband a story about Brooks. Evers said his wife felt a connection since their oldest son, Henry, 7, shared some physical characteristics such as hair and eyes. Henry and his brother, Jack, 5, help hide the cars.

“My wife started following Brooks’ story online when he was still living,” Evers said. “After he passed away and she started doing these cars, Natalie volunteered me to haul these around on my trips.”

The Evers family frequently hides the cars when going for walks or on vacations.

“We’ve seen them on Instagram in places where we know we’ve left them,” Evers said.

Natalie said she sees some similarities with the Blackmore family and her own.

“I realized this could happen to anyone,” Natalie said. “If I was in their position, I would need a lot of support. As a parent, I understand what they are trying to do is to create a legacy so their son will be remembered. I thought it was a great idea they had come up with.”

Blackmore appreciates the support the Evers family has offered.

“She is sweet and got her husband on board,” Blackmore said. “She just keeps coming back asking for more, which is just amazing. They keep giving and giving. It’s been one of those good things that have come out of a bad situation.”

In addition, Evers shaved his head to raise money for St. Baldrick’s Foundation. He raised more than $6,000.