You are at:Home»Current in Carmel»Carmel Cover Stories»‘Generational change’: The O’Connor House aims to break cycle of poverty for pregnant women 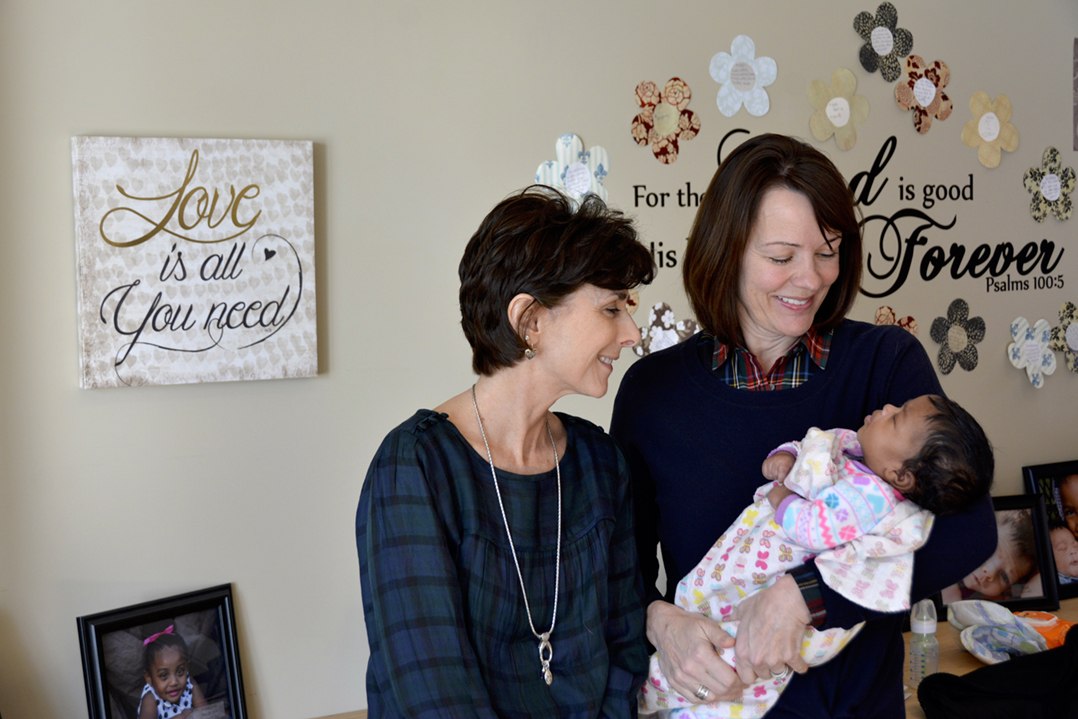 The O’Connor House has provided a home in Carmel for more than 225 single, pregnant, homeless women and their toddler children. The nonprofit has been seeking to improve life for a segment of the area population its founders saw as underserved when it launched in 2005.

“We were in a different home then,” co-founder Kris Bussick said. “We were there for about 5 1/2 years. During that time we learned a lot. It took us about two years to get started.”

The current house was built specifically with the charity in mind through a grant.

“In 2010 we applied for a grant through the Federal Home Loan Bank of Indiana for $500,000, so we were able to build this home specifically to our needs,” Bussick said. “One of the things we really wanted to have was a chapel in the home that we could call the anchor.” 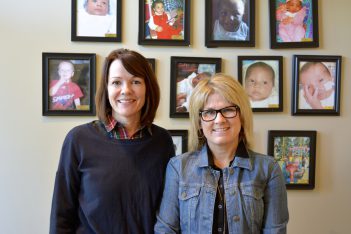 The facility can house up to eight women, plus two children per woman, at a time.

“When a toddler is born while the mother is living here, that creates a generational change,” Bussick said. “It’s going to get the family out of poverty. It really helps the toddlers to be around the moms and volunteers. The kids that come here are loved on by all different people — moms, some men that volunteer and some students. They’re loved by so many people, so they tend to be very open to that and that’s different than those who haven’t had that experience.”

The O’Connor House seeks to offer a hand-up rather than a handout. Women have weekly goals they are encouraged to meet.

“They have at least three goals they’re working on, and they have to take steps toward their goal,” Bussick said.

When women start working on their the goals, they can visit a donation closet and select needed items.

“We don’t just give them things,” Bussick said.

The O’Connor House also offers therapy and mentorship services to help break the cycle of poverty.

“We have a counselor that meets with the women individually once a week, and they have a group counseling session once a week,” Bussick said. “A lot of these women haven’t had a parenting role model to grow up watching.”

Women are allowed to stay 18 to 24 months and are assisted by the staff, volunteers and mentors during their stay.

“We have over 180 volunteers. They do anything from offering support to babysitting to transportation, sorting donations and inputting info into our database,” Director Susan Barrett said.

Kari Disney is a former resident. She found herself at The O’Connor House in 2009 with the help of an adoption agency.

“I knew absolutely no one there but the baby in my belly, myself and my 4-year-old at the time,” Disney said. “I was nervous, but they welcomed me. During that time I met a lot of people. I realized those people who I thought were going to judge me just wanted to love me and appreciate me. They showed me I was strong and that I could do anything I put my mind to. It was a great experience.”

She credits the house with changing her life.

“I like to thank my walk with God to The O’Connor House,” Disney said. “I had a lot of people who saw my potential and helped me. I didn’t see it in myself at the time. I had people who gave me time, attention and resources. I’m completely 180 from what I was when I first moved to the house. If it weren’t for them I wouldn’t be where I am today.”

The O’Connor house is always looking for volunteers and accepts donations for the women and children. For more, visit theoconnorhouse.org. 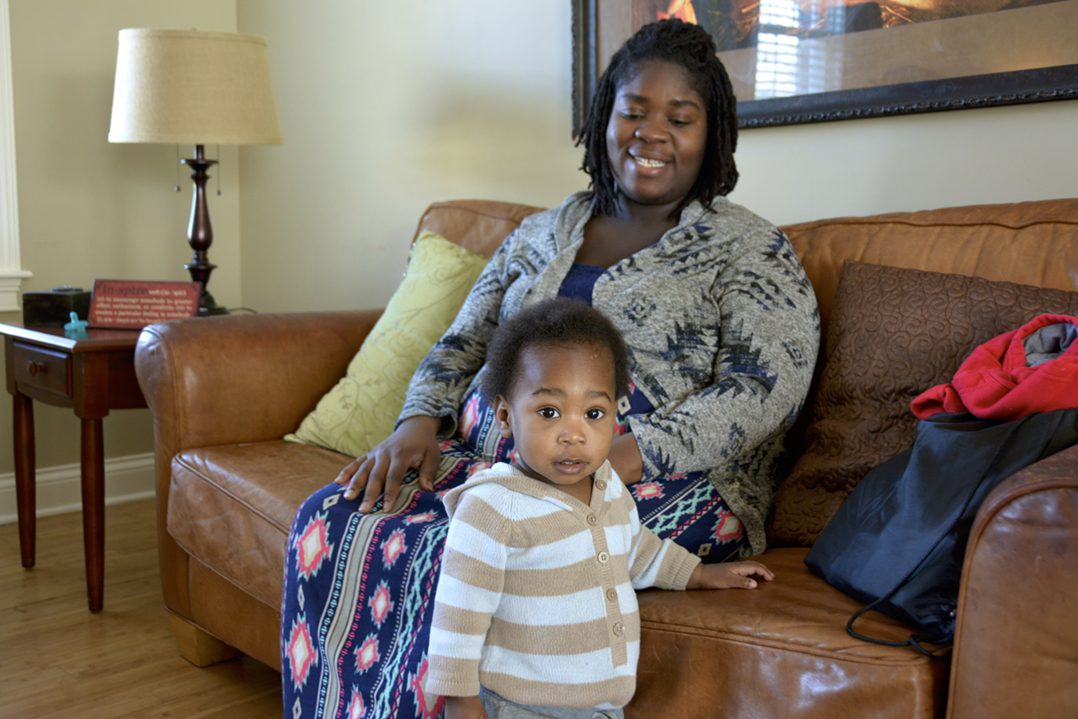 Magda and her 1-year-old son, Eilas, pause at The O’Connor House. Last names of residents are not released, because some have fled domestic abuse. (Photo by Lisa Price)

To be accepted to live at The O’Connor House, a woman: