Jill Petruzzi’s original goal was to raise $100,000 for the Indiana chapter of the Leukemia & Lymphoma Society’s Woman of the Year campaign. 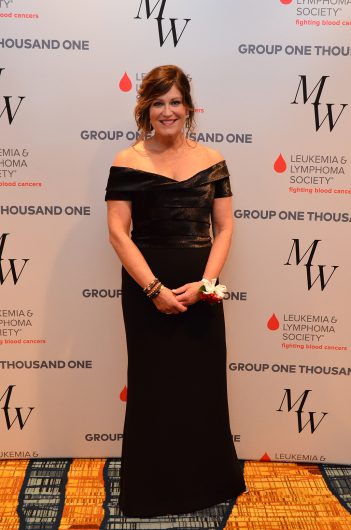 “I was blown away by the generosity of others. I nearly doubled my goal,” said Petruzzi, who earned the Indianapolis Woman of the Year crown by raising $198,000. “I was a proud peacock, and then when they announced what (Rob Chinsky) raised, I was like, ‘Womp, womp.’”

Chinsky raised $516,000, breaking what had been the previous national record of $489,417 set in 2016 by Amanda Bush, Jeb Bush’s daughter-in-law. The Indiana Chapter held off announcing the results to the public, hoping Chinsky would be named National Man of the Year as well as winning the Indianapolis title. He ended up raising the third-most nationally this year, as two others topped the previous record. The national results were announced July 2.

Chinsky and Petruzzi are Carmel residents.

Petruzzi campaigned in memory of her father, Jim Fischer, a Geist resident who lost his 29-month battle with large diffuse B-cell lymphoma at age 76 in March 2017, and her son Eric Petruzzi, 20, who died in a car accident in November 2016. 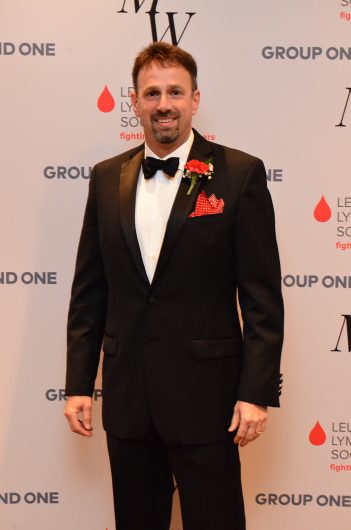 “The slogan for my campaign is, ‘Together we can triumph over tragedy,’” Petruzzi said. “I had a wonderful picture of Eric and my dad. I didn’t want to do this. LLS has asked me for years to run this and I said no thank you. I was at a leadership meeting at LLS, the day before (my father) would have been 77, and I leaned over to my friend Jason Llewellyn and said, ‘I feel I have to do this.’”

Petruzzi said the campaign put purpose to her pain.

“I have a grief counselor who told me grief can either make you better or bitter. By God it’s going to make me better,” Petruzzi said.

The fundraising period spanned 10 weeks, ending May 19 with a banquet.

“It was a full-time commitment for me, because I was all in,” Chinsky said. “I made it a full-time job. My ice hockey teammates, Tom McCord and Mark Barnhart, created an annual hockey tournament in 2013 to support the candidate striving to raise the most money.”

McCord, a runner-up for 2013 Man of the Year, is an acute myeloid leukemia survivor. Chinsky is the fourth man in a row with hockey ties to win the LLS title.

Chinsky dedicated it to several people, including his best friend and fellow ice hockey player Talbott Sumners of Zionsville, who died of brain cancer in December 2016.

Chinsky’s mother, Marlene, has chronic lymphocytic leukemia, which just makes her tired and weak at this point.

“The hockey tournament was a big fundraiser for us (raising approximately $5,000),” said Chinsky, who owns 17 Penn Station East Coast restaurant franchises, including the one in Carmel. “I did a golf outing that raised money. We did a curling event.”

Team Chinsky sold 28 tables of 10 for the banquet.

Chinsky’s wife, Linda, son Josh, 21, and daughter Jess, 20, all helped with the fundraising.