Processed foods are not typical transporters of the Salmonella bacteria, but consumers were forced to return or dispose of four varieties of Goldfish crackers when Pepperidge Farm announced a voluntary recall on July 23.

According to the Pepperidge Farm website, the company was notified by one of its ingredient suppliers that whey powder used in a seasoning had been recalled by the whey powder manufacturer, due to the potential presence of Salmonella.

“Pepperidge Farm initiated an investigation and, out of an abundance of caution, is voluntarily recalling four varieties of Goldfish crackers. The products were distributed throughout the United States. No illnesses have been reported. No other Pepperidge Farm products in the U.S. are subject to this recall,” the site said.

The recalled whey powder was produced and distributed by Associated Milk Producers Inc. Ritz crackers, owned by Mondelez Global LLC, and Swiss Rolls, owned by Flowers Foods Inc., were also recalled for the same reason. AMPI stated that all products shipped to the marketplace tested negative for salmonella.

Local Kroger stores pulled affected items as soon as the recall was made. Eric Halvorson, community relations director for the Indianapolis Division of Kroger, said they have not yet compiled a total number of the affected products that were pulled from shelves.

“In these situations, our priority is always to respond as quickly as possible and remove the products in question.  We are determined to protect the health and safety of our customers,” Halvorson said. 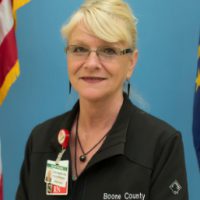 Boone County Health Dept. Administrator Cindy Murphy confirmed that there were no reported illnesses at this time. She said that there can be a brief lag time between when a person falls ill, seeks treatment, is tested, and then medical entities report the test results. Clinical laboratories, hospitals and medical providers are required to report certain bacterial contamination and diseases found through lab work. The results are reported to the patient’s county of residence.

“We have a statewide registry system,” Murphy said. “When something like salmonella is reported (in a Boone County resident), our nurses begin investigation immediately.”

Salmonella symptoms occur six to 72 hours after a person is affected, and can last up to seven days.

“There are unfortunately several outbreaks at any given time,” Murphy said. “We have a link to the FDA website on our own website, so persons can see a complete list.”