You are at:Home»Current in Zionsville»Zionsville Community»Zionsville police officers rescue fawn 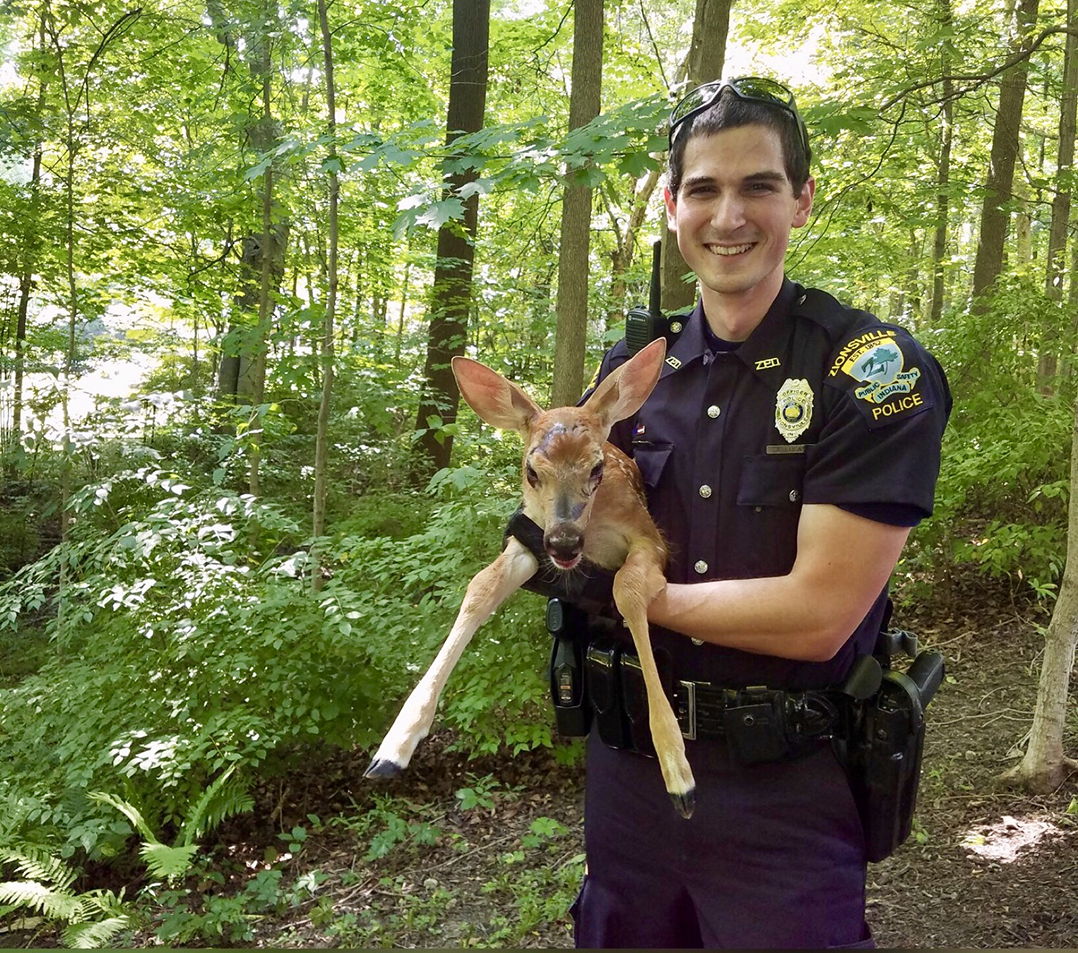 Officer Thomas Lucas saves a fawn that was caught in a fence behind a Sugarbush residence.

Zionsville Police Department is always willing to help the residents, including four-legged ones. Officer Thomas Lucas was just starting his shift July 12 when he received an interesting call.

“We come on at 2 p.m. and the call came in around 2:10 p.m. All the call said was that there was a deer caught in the fence behind a residence in the Sugarbush neighborhood,” Lucas said.

Lucas met up with K-9 officer officer Jacob Shelburne at the home. They were greeted by more than just one deer.

“We walked up and are expecting to see a full grown deer caught in the fence,” Lucas said. “Two women were cleaning the house for the homeowners while they were gone, and they had seen this mother deer and two babies out behind the property. They were on the other side of a chain link fence.”

The mother deer and one of the fawns cleared the fence, but a small baby remained. It was clear to the officers it was tired and confused.

“It was very stressed out and kept running into the fence over and over again,” Lucas said. “It couldn’t find a way around it. It wasn’t injured or anything. It had really just worn itself out. It was laying on the ground next to them, panting. The women were trying to give it water.”

Lucas and Shelburne continued to monitor the fawn and then decided it was time to move it. The mother deer watched from the tree line.

“We picked it up and walked it down the hill to bring it to the mom,” Lucas said. “We put it down in the bushes and then it took off.”

The mother was reunited with her fawn and all three scampered off. Lucas said he was happy to help facilitate the wildlife family reunion.