At just 21, Clifton Jett Jr. has formed his own theatrical company.

“The purpose of my company is to provide opportunity for those that are interested in the arts,” Jett said of Jett Theatrical Production. “It’s something I enjoy very much and bring enjoyment to others where I originated.” 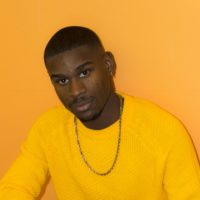 Jett is the writer, director, producer and the lead performer in the play. The story is a continuation of Jett’s “Behind the Scenes,” which was held the same weekend at the same theater last year.

“It’s the story of an African-American family that faces challenges and resiliency,” he said. “In ‘Behind the Scenes 1,’ the family struggles financially and a lack of faith in their religion and they struggled living life under the roof of a single parenthood. ‘Behind the Scenes 2’ is a continuation of that and them trying to be resilient in the process. But they aren’t able to become resilient because they have things in the way that are stopping them.”

Jett said although some of the show is fiction, there are some personal experiences he draws from.

“But the original baseline for learning how to be resilient and the challenges of getting to that resilient part can be difficult. That’s a true experience for me,” Jett said.

Jett, who will be a junior at the University of Southern Indiana, said he is providing education on how to properly prepare for the theater industry. He is working as an adult student mentor for IUPUI Upward Bound, a college preparedness program for high school students. This is his sixth year with the program as a student and an employee.

There are 11 cast members and six crew members. Tickets are available at eventbrite.com, under Jett Theatrical Productions.