Following Mitch Thompson’s OWI arrest on the evening of July 27, the former police chief met with Fishers Mayor Scott Fadness July 30 and agreed Thompson should step down as Chief of Police, effective immediately. Fadness released the following statement on July 30: 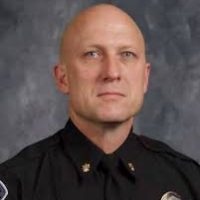 “Today, Chief Thompson and I met and both agree that he must step down as Chief of Police, effective immediately. The events that transpired Friday evening regarding the motor vehicle accident that Chief Thompson was involved in has made his position of leadership untenable. In the coming days, Officer Thompson will be subjected to the statutory disciplinary process afforded public safety personnel under the Merit Commission. It is my expectation that this process will be professional, transparent, and judicious. Please keep the victims of the accident as well as our police department in your thoughts and prayers as we move forward.”

A police report compiled by the Indianapolis Metropolitan Police Dept. stated that Thompson was driving a 2012 gray Infiniti when he rear-ended a vehicle at Keystone Avenue and 96th Street. The vehicle Thompson rear-ended then struck a third vehicle. Thompson tested at a .126 on a preliminary breath test and submitted to a blood draw. He was then placed under arrest for an OWI.

As of July 27, Assistant Chief Ed Gebhart was placed as acting chief.