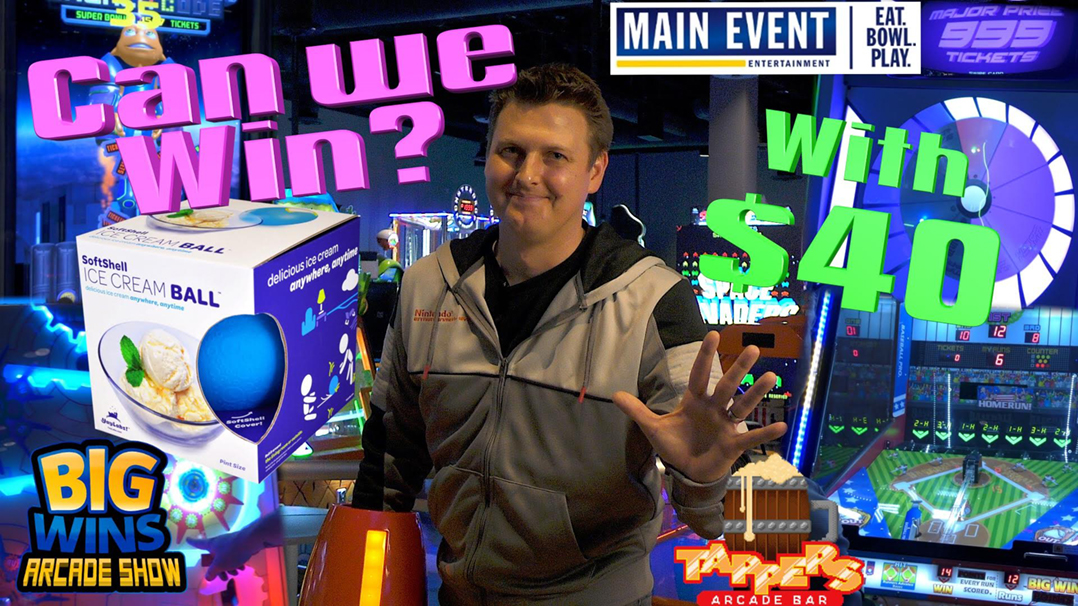 A promotional picture of Adam Newell with his “Big Wins! Arcade Show” on Comcast. (Submitted photo)

In the age of reality TV, Adam Newell discovered many people like to watch others play games.

The Carmel resident is the host and director of “Big Wins! Arcade Show,” which can be seen on Comcast Midwest, the biggest of Comcast’s four regions, Newell said. The show, in its second season, airs from Michigan to Arkansas on various channels. In Indianapolis, it’s on CN81. The show is available on YouTube as well.

Newell, 36, is joined by Andy Lang, Indianapolis, who owns All Productions.

“Andy and I go to an arcade and try to win the coolest prize there for a reasonable amount of money,” Newell said. “So, the audience, usually young kids, get to watch us spend a lot of money at the arcade and win jackpots.”

Newell said it was inspired by a YouTuber who uses the name Matt3756, who would go to Dave & Buster’s to play video games and play the claw machine at the grocery store. Newell said he had more than 1 million subscribers.

“I went to Dave & Buster’s for four months (to play games) and I told Andy to check it out,” Newell said. “Andy has great hand-eye coordination, so he picked it up quick.”

Newell said they give the prizes away to viewers at the end of the year.

Newell and Lang went to Pittsburgh to shoot an episode with Matt3756.

“When he goes to the arcade, kids run up to him,” Newell said. “He’s one of the biggest YouTube gamers. He has sponsors.”

In addition, they went to Las Vegas to shoot an episode with carnival games at Circus Circus with Stanford Kegler, a former Pike High School football player who played in the NFL.

Newell started out doing camera work for Comcast doing a show called “Crowd Surfing,” which supplies behind-the-scenes view of Indianapolis’ hottest events. He had a music show for three seasons called “Inside Tracks,” shot at Azmyth Recording studio in Indianapolis.

“One of my favorite shows we did was ‘Joe’s Big Cat Kingdom,’ an exotic feline rescue center in Brazil, Ind., where they have over 200 lions and tigers in this guy’s backyard,” Newell said. “We would go and rescue them from roadside zoos in terrible conditions and bring these tigers back. It was tough to stay under budget for that show, so we transitioned that show after two seasons to the ‘Arcade Show.’ We’re having a lot of success with it.”

Newell said they supply a new episode every month and it is played every day that month.

“I’ve had other shows they don’t cycle through as much, so I can tell the program directors really like it,” Newell said.