You are at:Home»Lifestyle»Travel»Column: Cuba’s classic Cars 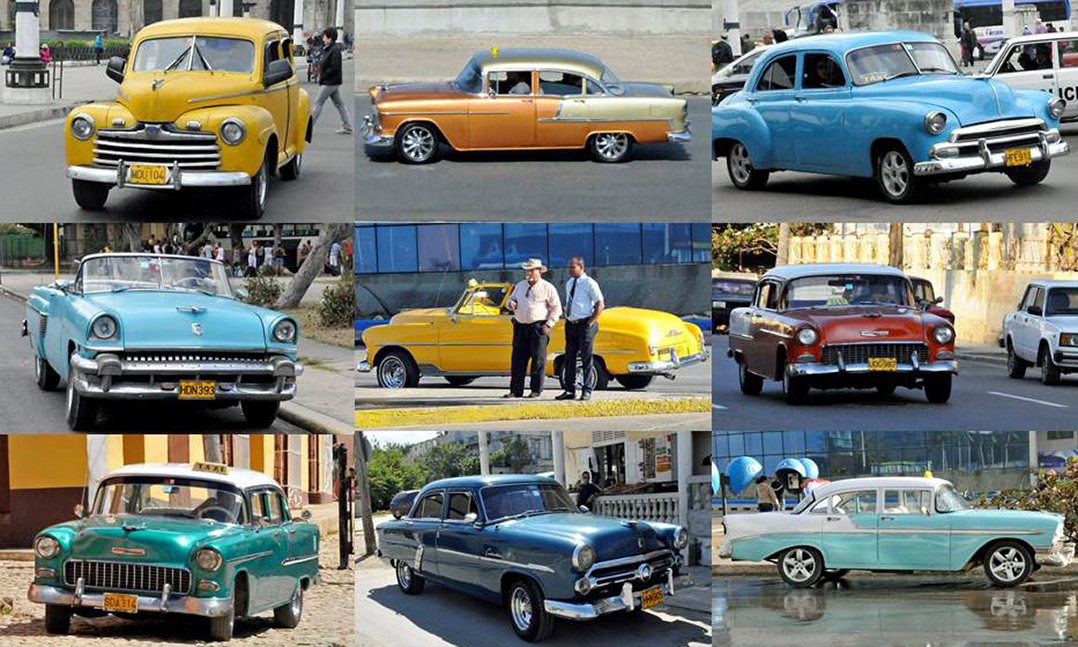 American automobiles from around Cuba (Photos by Don Knebel)

Many visitors to Cuba take at least one ride in the island’s time-defying vintage automobiles. Appearances can be deceiving.

During the 1950s, wealthy Cubans and American expatriates imported thousands of automobiles made by Chrysler, Ford and General Motors. Reflecting the styles and tastes of the time, most of them featured lots of chrome and brightly colored, often two-tone, paint jobs.  When Fidel Castro took control of Cuba in 1959, he barred importation of automobiles from the United States and other non-communist countries as symbols of capitalist excess. The American embargo then precluded the sale of spare parts to Cuba.

As the miles piled up on the now irreplaceable vehicles, necessity gave birth to hundreds of Cuban inventors. Mechanics kept cars running hundreds of thousands of miles beyond their expected life-spans by substituting engines from wrecked and abandoned Russian cars for the Detroit-made V-8s and fabricating parts in their garages. In the meantime, some of the automobiles, such as the 1955 to 1957 Chevrolet Bel Airs, had become classics in the United States.

When Americans began visiting Cuba in larger numbers during the Obama administration, they found automobiles on the streets they could see only in car shows back home. When the Cuban government began allowing its citizens to operate independently in the tourist economy, owners of 60-year-old American cars, passed down from their parents and grandparents, found visitors willing to pay $30 an hour just to ride in them, a sum more than the daily wage of the average Cuban. Once inside, passengers often realize that new paint can make old automobiles appear show-room new from the outside, but paint can’t cover ripped upholstery and replace headliners. For most visitors, such concerns are quibbles. More important is that they have ridden and been photographed in icons of mid-20th-century America.