You are at:Home»Current in Carmel»Carmel Community»Newly named Carmel Against Cancer hosts inaugural Taste of Hope event 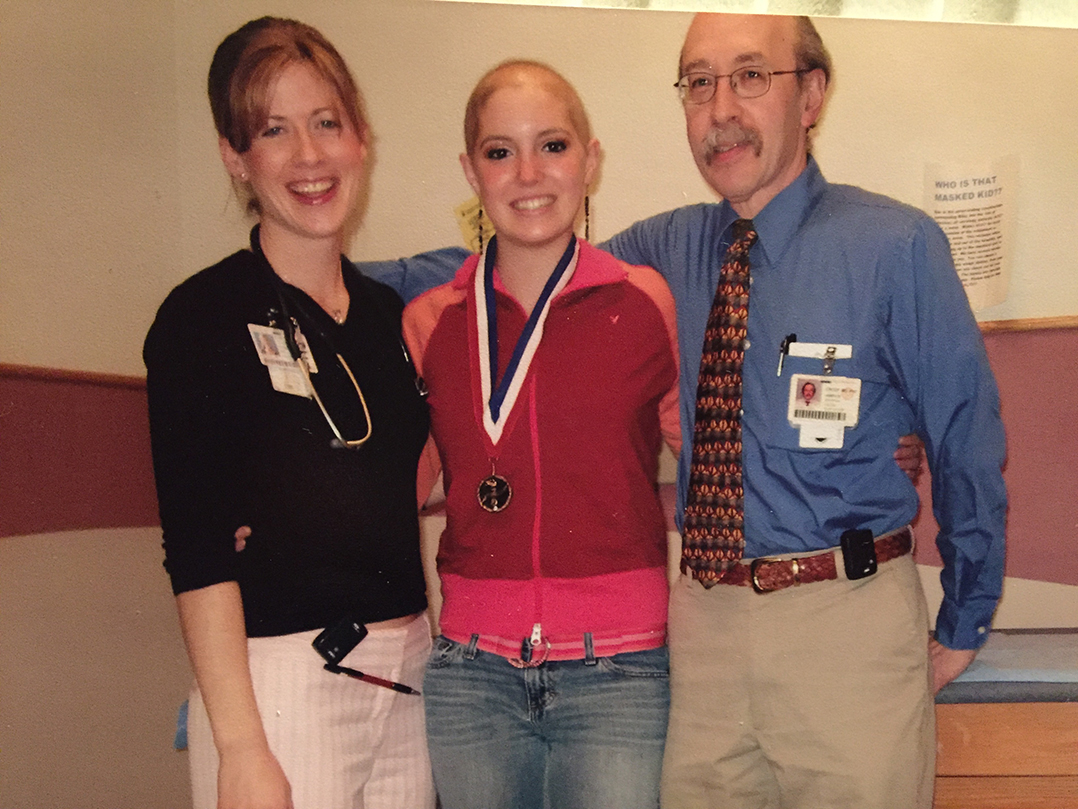 Lyndsey Furry, middle, with Cyndi Countryman, left, her nurse practitioner, and Dr. James Croop, her oncologist, on the day she found out she was in remission. (Submitted photo)

In 2005, during her senior year of high school, Furry was diagnosed with anaplastic large cell lymphoma upon discovering a lump in her right armpit. After surgery and seven rounds of chemotherapy, she remains cancer-free 12 years later.

Since then, Furry and her husband, Eric, have been active in the American Cancer Society’s Relay for Life at Ball State University and in Carmel. Furry also participated in Putnam County’s Relay for Life with her brother and grandfather.

“It’s been a great opportunity to meet other people that have the same experiences and values that we do,” she said. “I’ve met several other cancer survivors and other caregivers and other people who have been touched by cancer. It’s really good for the healing process. It provides you with a means to feel like you’re doing something to fight back against the disease.”

Carmel Against Cancer, which replaced Carmel’s Relay for Life last year, is similar to Relay for Life and still benefits the American Cancer Society but provides the opportunity for more frequent events.

“Part of the reason why we wanted to change the name is because we want the focus to not be on just one event,” Furry said. “We want to encourage people to feel like they can have a lot of little events throughout the year.”

Eric Furry said changing the name was an important step to increase the organization’s exposure and its impact on the community. Carmel Against Cancer already hosted Night of Hope in June and will host its inaugural Taste of Hope from 6-8 p.m. Aug. 11 in the Arts & Design District.

Taste of Hope offers guests a food passport for $15, which gives them access to individual samples from restaurants like Burgerhaus, Fat Dan’s Deli and more. There will be live music as well as beer, wine and cocktails available for purchase.

Furry said her goal is to donate $2,500 to ACS by selling every ticket. Tickets are available at eventbrite.com.