You are at:Home»Lifestyle»Health»Local podiatrist’s pain leads to new foot brace 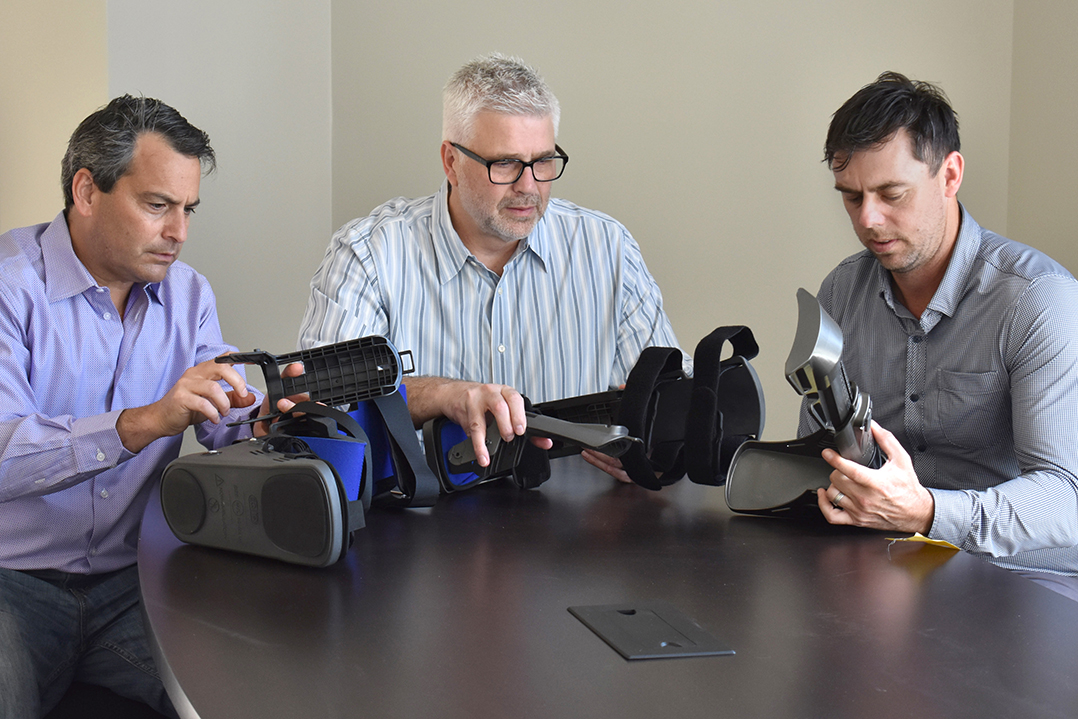 An idea for a new medical device started when Dr. Patrick DeHeer, a podiatrist, suffered from posterior tibial tendonitis, a common foot and ankle problem, after taking up running.

He tried everything to alleviate the pain, including a night splint.

“They’re not super helpful to sleep with. Patients are always complaining about waking up with them,” said DeHeer, a Westfield resident. “I woke up in the middle of the night and was sleeping on my side with my knee bent and realized it wasn’t doing anything, because to effectively stretch your calf muscle, you have to have the knee fully extended. That’s where I came up with the idea.”

So, he began working with others to create a better device, and nearly five years later came up with The Equinus Brace. His partners in IQ Med Inc. are Carmel residents John Moorin, who owns another medical distribution business, and Ricky Heath.

The Equinus Brace helps Achilles tendonitis, plantar fasciitis and other foot issues. The name is based on equines because horses often walk on their toes. Likewise, many humans lean too far forward when walking.

“As humans, we have tight calf muscles, and because of that we get foot and ankle injuries to the tune of 7 million of those a year. There is $1 billion a year spent surgically and non-surgically just to fix plantar fasciitis,” Moorin said.

Moorin said a doctor typically sends patients to physical therapy and shows them several stretches, but the likelihood is the patient won’t do them properly or as often as needed. Moorin said the brace is a better way to stretch the two calf muscles, gastrocnemius and soleus.

Moorin said the patient wears the brace for 45 minutes to an hour a day.

“It’s going to elongate those tissues, and you’ll get relief for plantar fasciitis and Achilles and stuff,” Moorin said. “We are getting testimonials from people all over the country. Because it works, it is starting to get an engine.”

Moorin said Medicare covers The Equinus Brace, as do nearly all insurance companies.

“This is our fourth year of selling it,” Moorin said. “Our first year we sold a thousand. Last year we sold about 8,000 of them. This year we’re on pace to sell about 14,000 of them. Right now, if you want to get it you have to go to your doctor, and the doctor has to be one our customers, hand it out and give it to you.”

A shorter brace, called The Equinus Brace 2.0, became available in June for children and smaller adults.

By the end of the year, IQ Med plans to have consumer braces it can sell without going through a doctor.

DeHeer said the consumer brace will be simplified because a physician will not be guiding the user through the process.