After nearly 30 years in Indiana, a longtime Carmel politician is returning to his Florida roots to accept a new job he said was “too good to refuse.”

Rick Sharp, who served on the Carmel City Council for 12 years before losing a bid for mayor in 2015, recently accepted a job with Laundry Owners Warehouse, a commercial laundry distributor based in Fort Lauderdale, just minutes away from his childhood hometown of Hollywood, Fla. 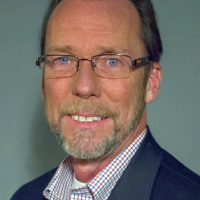 Opportunities for coin-operated laundromats are much better in south Florida, said Sharp, who moved to Indiana in 1991 to do similar work for his father-in-law’s company. His new job will have him focusing on two counties rather than nearly an entire state.

Sharp plans to maintain a home in Carmel and a condo in Florida, although he expects to spend most of his time in the Sunshine State. He plans to continue working with some of his Indiana clients and come back to the area frequently.

“One of the things I really like about the guys I’m working with is they believe in (factually-based) arguments, which in my opinion always arrives at a better decision in the end,” he said.

Sharp most recently lost a primary election bid in May for Hamilton County Council to Ken Alexander. That opened the door to accept the job when it was offered several weeks later, he said. He said he does not plan to become involved in Florida politics.

While he expects business in Florida to be booming, Sharp said he still loves Carmel and will miss his many friends.

“Between cell phones, internet and ease of travel, I’m sure some of my friends are going to want to visit me in the winter,” he said. “I know I won’t lose them. I have so many memories there.”