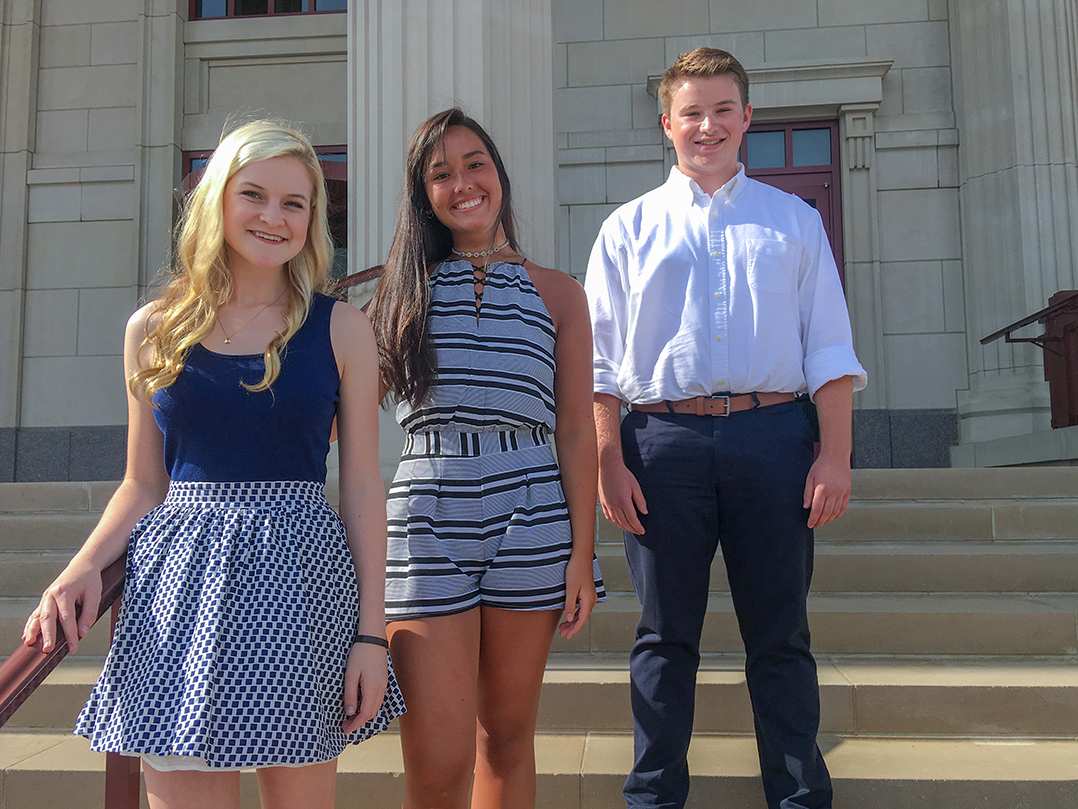 Tara Lacy had such an enjoyable experience at last year’s Songbook Academy, she decided to give it another try.

“It gives me a lot more practice singing in front of all those people,” said Lacy, who was chosen for the second consecutive year. “Plus, being able to sing Songbook standards, which is something that I love to sing, those songs from the 1920s to 1960s.”

Lacy joins fellow 2018 Carmel High School graduate Sophie Miller and Griffin Scott, who will be a CHS sophomore, in a national group of 40 vocalists to be accepted for the summer intensive program, which begins July 21 at the Center for the Performing Arts in Carmel. The program ends with a Songbook Ambassador being named following the July 28 finals at The Palladium. The Songbook Foundation founder is Michael Feinstein, the artistic director for the Center for the Performing Arts.

“There’s really nothing like this that just focuses on those standards,” Lacy said. “I knew I had to come back again.”

The biggest thing she learned from the first appearance was the storytelling aspect of singing.

“You have to be able to connect with the audience through a song,” said Lacy, who will attend Indiana University and major in communications.

Lacy and Miller have been members of the Ambassadors, the mixed show choir, the past two years.

Miller said the intensive will provide the opportunity to collaborate with students from across the U.S. and with the instructors.

“I auditioned after hearing a lot of positive feedback from my friends from school who did it last year, including Tara,” Miller said. “I love how the Songbook is more classical music and it’s different from musical theater. You get to learn about different composers, and my favorite is Irving Berlin. I’m excited to get to know more about the music from this different era. I’ve always been a fan of the ’40s music.”

Miller said she became a fan of music from that era while doing history projects on World War II.

“I believe it will be a good experience, foundation-wise, in terms of learning how to perform professionally in a professional setting,” said Miller, who is headed to Millikin University in Decatur, Ill., to study musical theater. “I’m looking forward to hearing everyone and watching them perform.”

Scott will be in Ambassadors this school year.

“I love that it’s such a classical piece of American history and the people who do it,” Scott said. “I love the relaxed pace about it. It’s more easygoing. I definitely like Frank Sinatra and Bing Crosby as far as artists. I mostly like jazz.”

Scott, who began taking voice lessons in August 2017, was surprised he made the Songbook Academy.

“I never in a million years expected to get in,” Scott said.

Scott began getting more serious about singing during the past year.

“I started to learn new techniques I can do with more voice,” he said. “I’m looking forward to working with people and excel in the music business, especially in the Songbook genre, and learn as many things as possible for a living.”