The Board of Commissioners of Boone County have made major updates to the existing Animal Control ordinance to help protect the health and welfare of animals throughout Boone County. 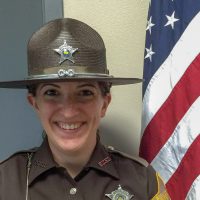 The new ordinance went into effect June 4 and focuses on higher standards of care for domestic animals and requires mandatory ID tags and restraints for domestic animals. Penalties for violating the ordinance include fines ranging from $50 to $1,000. The Animal Control Division, led by Fisher, launched in January.

“The Boone County Sheriff’s Office Animal Control Division has seen several cases of animal cruelty and neglect already this year and, among other things, continues to see problems with loose and stray animals,” Fisher said. “The ordinance will help combat some of these issues and will also serve as a deterrent.”

Fisher said Indiana, compared to other states, has weak animal cruelty laws. She said Boone County was one of a handful of counties that did not have an animal control program or comprehensive ordinance. She said the new ordinance provides more protection to more animals, helps quickly process warnings and citations and allows animals to get help quicker.

Fisher said the next step is to present the ordinance to various municipalities within the county so that all animals are offered the same protections.

For information, visit the Boone County Indiana Sheriff’s Animal Control Division group on Facebook. To view the full ordinance, click on the files tab on the group’s page.