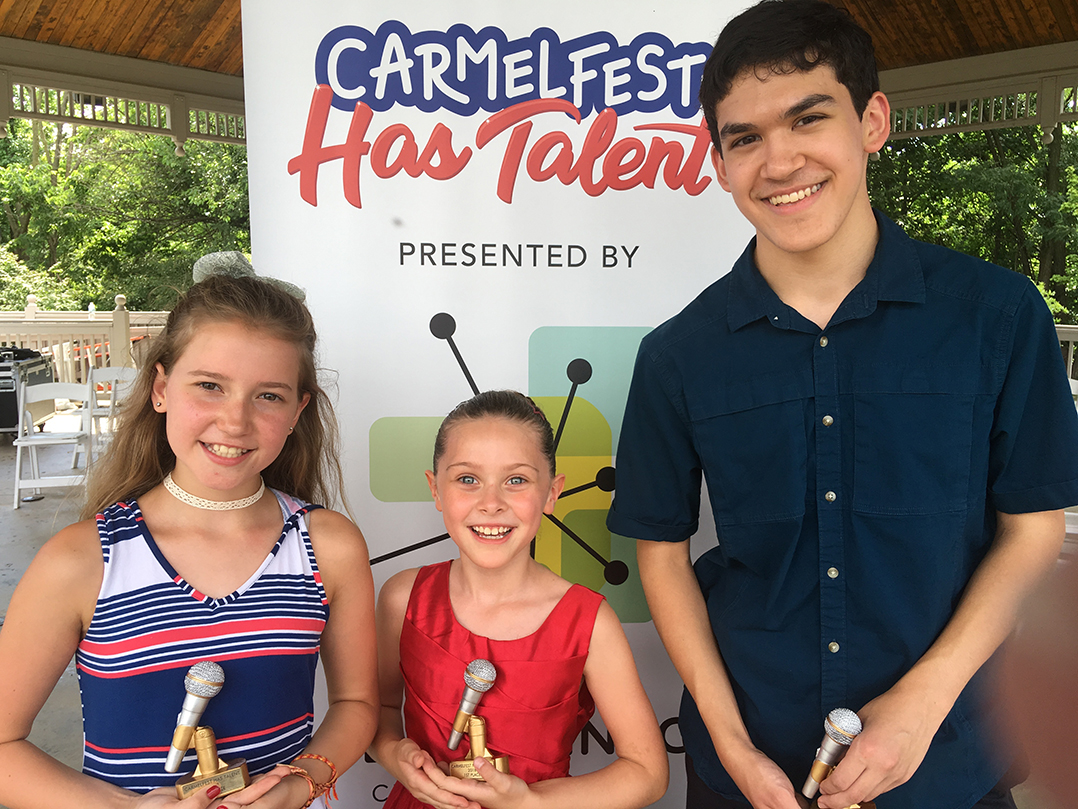 Keegan Connor gets a boost from singing in front of a crowd.

“I love it,” Connor said. “When I see people smiling at me, I see they love it. That gives me a good message in my head.”

Connor, who turns 12 July 17 and will be a Westfield Middle School seventh-grader next month, became a two-time CarmelFest Has Talent winner by winning the 15-and-under division July 4 on the Gazebo Stage. She previously won the 12-and-under division in 2016.

“Seeing other people singing, too, is really fun because it’s like a mini concert,” Connor said.

Peter Fulton, a Fishers resident who will be a senior at Colonial Christian High School, won the 16-and-older division.

“The competition was real tight this year,” said Fulton, who was selected as one of 40 vocalists nationally to participate in the Songbook Academy later this month at The Palladium in Carmel. “Everyone did so well.”

“I definitely enjoyed it just as much as the first time,” Voegele said. “I just love the way I can get a crowd going. It’s better than anything I can imagine. It was entertaining for me to watch the other performers. I do the national anthem sometimes at different places. I go to Purdue and I sing at a couple talent shows there, getting as much exposure as I can. Doing what I love makes the days better to live.”

Julia Herstein, a 7-year-old who will be a second-grader at Carmel’s Forest Dale Elementary, won the instrumental/ensemble category.

“I thought maybe I’d get third or second but I won’t get first, but I did get first,” said Herstein, who played a classical contemporary piece on the piano.