You are at:Home»Current in Zionsville»Zionsville Business Local»Greek’s Pizzeria re-opens on Main Street 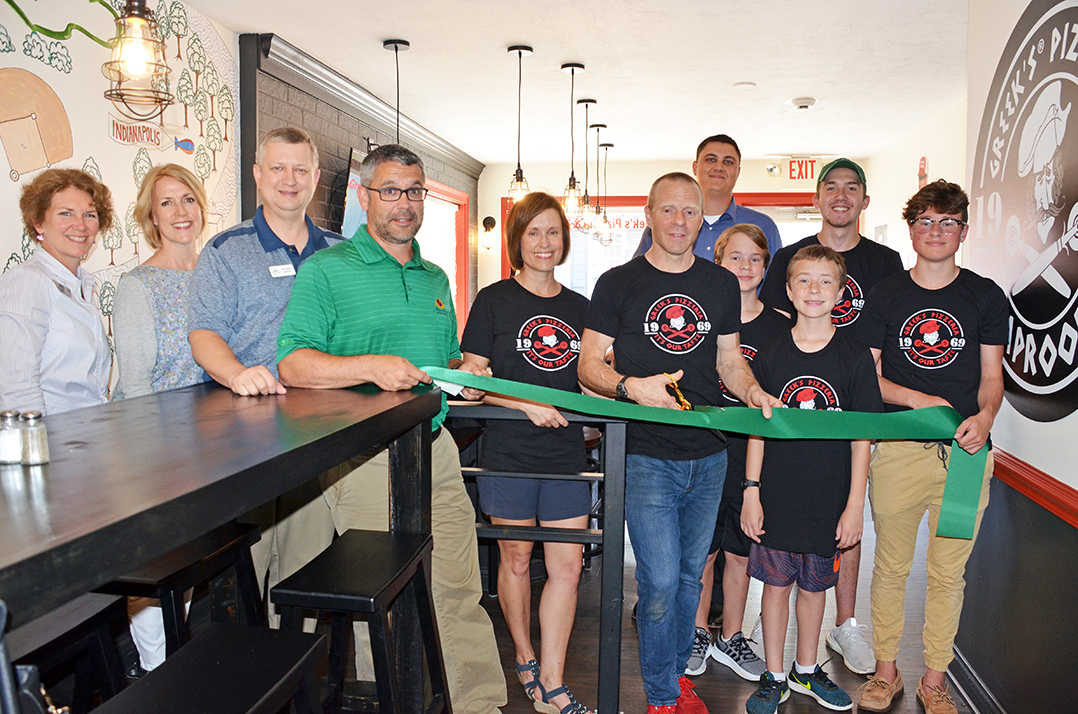 Greek’s Pizzeria recently reopened at 30 N. Main St. in downtown Zionsville after ownership reverted to original owner Mike Cole, originally built out the space in 2010, then sold it to Jon and Julie Wright in 2016. The Wrights had opened the Westfield Greek’s in 2014. Cole, who owns two other Greek’s locations, purchased the restaurant back from the Wrights in January 2018.

“When we got it back, I decided to shut it down, do a complete remodel and do the things that I always wanted to do,” Cole said. Greek’s Pizzeria now has a tap Room and large mural, as well as several new vegan options.