You are at:Home»Current in Westfield»Westfield Cover Stories»With a bang: Westfield Rocks the 4th to feature fireworks; Lions Club takes over car show 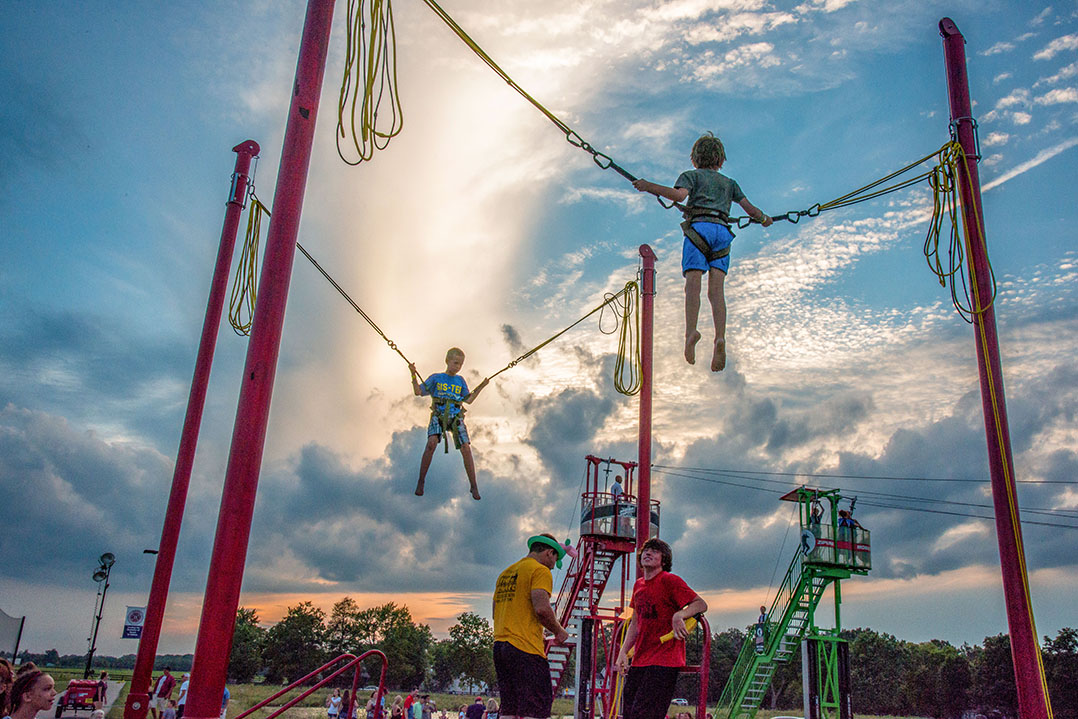 The Kids Zone at Westfield Rocks the 4th will feature many different activities. (Submitted photo)

Westfield Rocks the 4th will feature a mix of familiar and new attractions. The event takes place from 4 to 10:30 p.m. July 4 at Grand Park.

Returning again is the hot dog eating contest, the car show, the fireworks synchronized with music and more.  New this year, the Westfield Lions Club will take over the car show and the Indianapolis Colts will have a presence in preparation for the Colts training camp beginning July 25.

The car show is not new but in past years, the Westfield Lions Club only staffed the event with volunteers. This year, the club is supervising the entire event.

Previously known as the Headliners Car Show, the city asked the Lions Club to it take over because of its experience helping with past events. Larry Clarino, immediate past-president for the club, said he wouldn’t be surprised to see 100 to 250 vehicles. Last year, the event featured 107.

In addition, Clarino said all proceeds from the car show will benefit the Indianapolis Chapter of the Cystic Fibrosis Foundation.

“My personal hope is that in the future, and we certainly plan to continue to do this, is we make the beneficiary a more local charity,” Clarino said. “This year the contestants are going to be voting for the category entrants. We have 10 different categories and I have two celebrity judges that will be voting on the Best in Show Award and a People’s Choice Award where fans there will be able to vote for their favorite vehicle.”

Eventually, Clarino wants to model the show after Artomobilia in Carmel, with unique vehicles. He said the Westfield Lions Car Show will have “cool” trophies and noted there has been a tremendous response to the club’s marketing.

During the event, the Colts Zone will feature the Colts in Motion traveling museum, where fans can learn more about the Indianapolis Colts, Lucas Oil Stadium and play trivia.

Like most Fourth of July celebrations, Westfield Rocks the 4th will end with a fireworks show. Synchronized to music, the fireworks will be launched in the southeast area of the parking area, behind the general public parking in Lot C

“Make no mistake, there are a lot of options on the 4th of July,” Mayor Andy Cook said. “What makes ours unique is the layout and accessibility. We can safely and easily move people in and out of the celebration.  And, there are unobstructed views of the fireworks throughout Grand Park. We also have the best fireworks in central Indiana. I am biased, of course.”

The 2018 Frank’s Franks Hot Dog Eating Competition will begin at 5:30 p.m. Registrants must be at least 18 years old. Competitors are judged on who eats five hot dogs, including the buns, the fastest. Six registrants will be chosen to compete.

Live entertainment will include performances by the Jason Lee Mckinney Band and the Flying Toasters.