Until recently, only one principal has served at Westfield Washington Elementary School. Scott Williams retired from the position June 30 for family reasons. The school recently hired Tom Hakim to succeed him July 1, making him only the second principal in the school’s history. 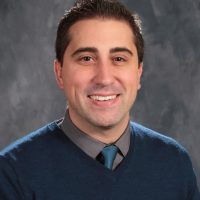 Hakim said he wasn’t actively searching for a new job but reached a point in his career where if an opportunity in certain districts arose, he would pursue it. A friend who works in the Westfield Washington Schools district suggested the position to him. He brings a wealth of experience and looks forward to getting started.

“The hope is that I can bring a lot of ideas from other places I’ve been and things I’ve seen work really well,” Hakim said. “It’s a great school already, but what are some other things we can do that will really put us on the map? Not just in Westfield, but everywhere.”

His first steps will be to build relationships with everyone who has an impact on the school community.

Hakim plans to conduct meet-and-greet events in different neighborhoods. Times and dates for those events will be released soon.