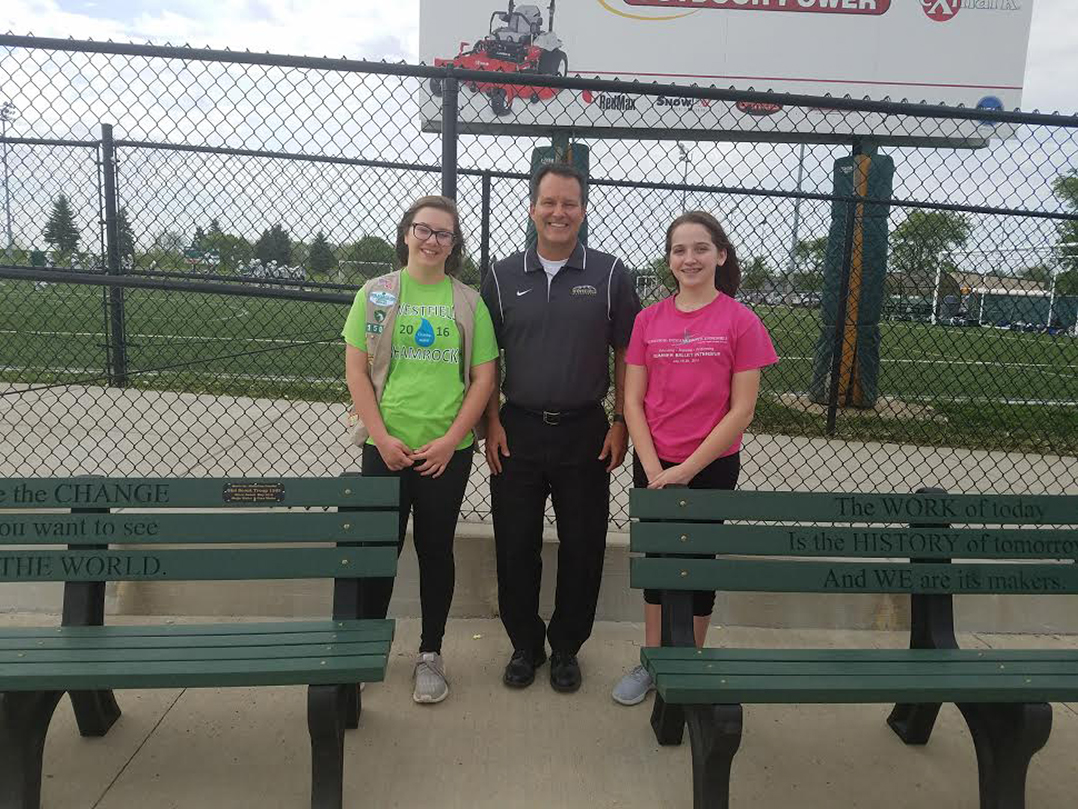 Westfield eighth-graders Maija Waiter and Cora Maine raised money for more than a year and collected nearly $1,500 for the resin benches, which last longer than traditional benches.

The girls were responsible for all research, fundraising and finding a company for engraving.

Each bench has a famous quote, including this one from Gandhi: “Be the change you want to see in the world.” The other is from Girls Scouts founder Juliette Gordon Low: “The work of today is the history of tomorrow, and we are its makers.”

Maija’s mother, Cathy, said the idea was sparked after the girls noticed that families often gather at the gates of the entrance to the stadium on game nights.

“They thought it would be a nice asset,” Cathy said. “Especially with grandparents standing there, Maija and Cora thought, ‘Let’s install benches.’”

Cathy said the support the girls have received from the community and the school district has been phenomenal.

Westfield High School Athletic Director Bill Davis attended the dedication of the benches and said he was excited about the new addition.